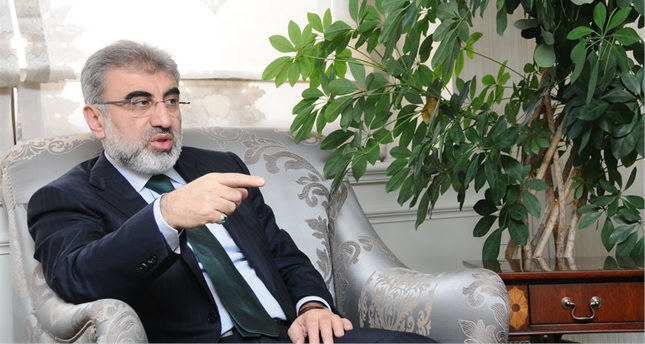 by AA Jul 23, 2014 12:00 am
Turkey, which declared a three-day period of mourning for victims of the Israeli assault on Gaza, has no official defense or oil deal with Israel, contrary to claims made by some in the media, said the Turkish Foreign Ministry

Turkey has refuted claims that it is cooperating with Israel in the fields of energy and defense. The Turkish foreign ministry, in a written statement released Tuesday, dismissed claims of cooperation with Israel by some news organizations.

Diplomatic relations with Israel were downgraded following the 2010 Israeli attack on a Turkish aid flotilla off the coast of the besieged Palestinian enclave, an attack in which 10 activists were killed. Since then military cooperation with Israel has also been suspended. Earlier, Turkey's Energy Minister Taner Yildiz also rejected claims that the country sold jet fuel and gas to Israel.

"While Turkey is trying hard to help secure a permanent ceasefire to stop attacks on Gaza, making previous groundless and speculative claims a current issue again cannot be considered as well-intentioned attempts," said Bilgiç, who reiterated that related ministries and the Ministry of Foreign Affairs had already made similar statements on the subject.
RELATED TOPICS