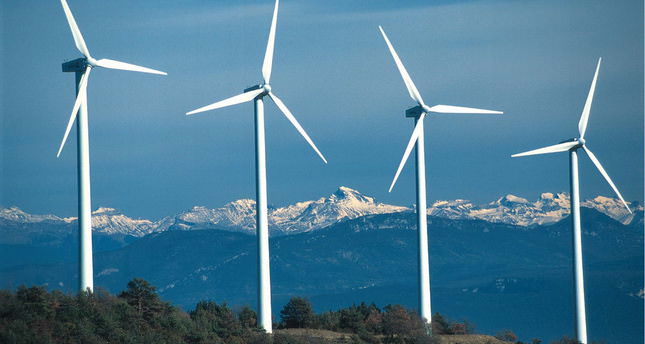 Turkey's wind power capacity grew by 466MW in a year, according to the Turkish Wind Energy Association. The total wind capacity of 87 operational plants is 3,424 MW, with a further 39 under construction

Turkey has set a record by doubling its installed wind power capacity, compared to the first half of last year. While the capacity of the operational wind plants was recorded as 244 megawatt-hours (MW) in the first half of last year, it doubled and hit 466 MW in the same term of this year, according to the figures released by the Turkish Wind Energy Association (TÜREB).

In Turkey, where the wind power capacity has reached 3424 MW, an average annual capacity increase of 500 MW has been seen in the last five years. In the first half of this year alone, an installed capacity of 466 MW has been added to the system for the first time and a new record has been broken. The last major increase in wind energy occurred in 2009, when the installed capacity doubled and reached 428 MW on an annual basis.
Currently, there are 87 operational wind power plants in Turkey and the additional 39 others with the combined capacity of 1162 MW are under construction.

The installed wind power capacity in Izmir is 17 percent (576 MW), while Manisa comes third with a percentage of 11 (393 MW). When we look at the distribution of the plants that are under construction on a regional basis, the Marmara region comes first with a percentage of 48. It is followed by the Aegean and Mediterranean regions with 35 and 12 percent successively. Commenting on the present and future investments in wind energy, the head of TÜREB Mustafa Serdar Ataseven said that they can achieve their estimated target of 900-1000 MW of production by the end of 2014 and the sector will grow considerably with new applications in 2015. He added: "We know that approximately 1500 measurement stations have been established and this means 1500 applications roughly. If we cannot conclude and license applications rapidly in 2015, our speed of development may fall in 2016 and 2017 by causing a slowdown for us."
RELATED TOPICS