Missile tender to conclude by end of August 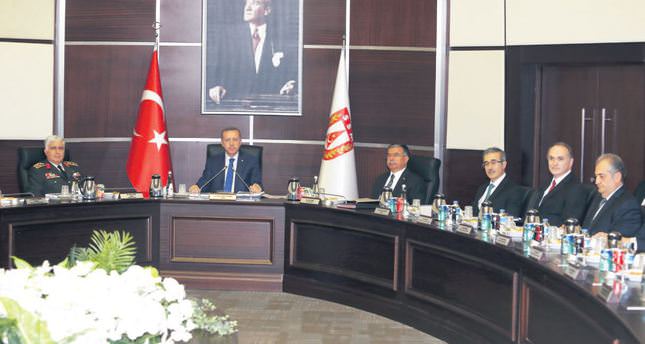 by Ali Ünal Jul 31, 2014 12:00 am
Turkey's military procurement agency, the Undersecretariat for the Defense Industry (SSM), has recently extended the deadline for a multi-billion dollar anti-missile defense system tender until the end of August to give more time to European and U.S. bidders to reconsider their offers. Since last September's announcement, the bidding deadline has been extended four times and the SSM is expected to announce the results of the long-awaited tender at the end of August. Prime Minister Recep Tayyip Erdoğan emphasized the importance of the missile tender and said that concluding this project was a priority. In his speech at the inauguration ceremony of the Ankara-Istanbul high-speed railway last week in Istanbul, Erdoğan said, "This is a new start, hopefully the next is our range of the missiles. I hope we will be able to produce our long-range missiles. We will be a self-sufficient country with a serious military deterrent."

However, industry sources say that negotiations with the Chinese company are not at the desired level. According to sources, Turkish officials demanded further cooperation and technology transfer and underlined that current conditions concerning technology transfer are not sufficient for Turkey.

Besides this Undersecretary of the Defense Industry İsmail Demir also confirmed these rumors. Answering a question about the latest situation on the tender and a possible agreement with the Chinese company, Demir stated at the Farnborough International Air Show in the U.K. that currently negotiations are not at the desired level. "In this kind of sensitive business, grey areas may create disputes in the future. Currently negotiations are not at the level for both sides to say that 'Yes we agreed,'" Demir remarked in recent weeks.

In the meantime, European and U.S. bidders are expected to review the increase changes until the end of August. Regarding this issue, President of Raytheon Integrated Defense Systems and producer of the Patriot Missile Long-Range Air-Defense System Daniel Crowley announced recently that he was going to visit Turkey to discuss Raytheon's offer. Moreover, industry sources believe that Prime Minister Erdoğan and Defense Minister İsmet Yılmaz have discussed details about a potential missile deal and Eurosam's offer during Erdoğan's visit to Paris in June; however, sources did not provide more information.