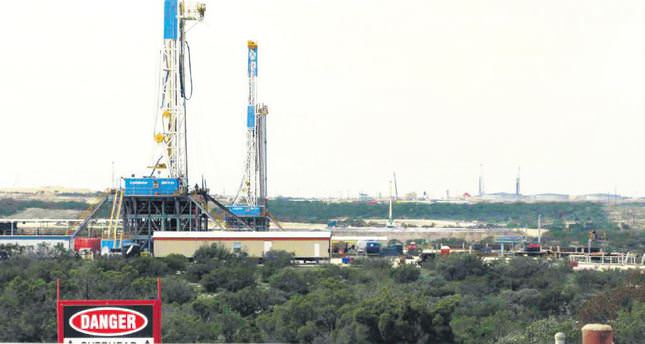 Untapped shale gas reservoirs are considered an alternative energy source for import-dependent countries in the EU and Turkey, but geographical challenges and technology shortage are the main setbacks

The natural gas crisis between Russia and Ukraine has pushed many European countries to review their dependency on Russian gas. As an alternative to natural gas, the exploration of shale gas has recently become a hot topic of discussion. Turkey, which meets 90 percent of its natural gas requirement through import, is among the countries that have shale gas reservoirs. Even though the shale gas reservoirs in Turkey have not yet been commercialized due to extraction costs and a technological shortage, they will be quite important for Turkey in the future.

At the beginning of July, the European Commissioner for Energy said that Europe has the potential to satisfy 10 percent of its energy requirement through shale gas and underlined that thanks to this potential, Europe can reduce its dependency on Russia. In Europe, which is believed to have 13 trillion cubic meters of shale gas, countries such as Poland, the U.K., Romania and Ukraine have started to issue licenses to private companies regarding the exploration and drilling of shale gas.

Germany, which is estimated to have some 2.3 trillion cubic meters of shale gas, pressed the button to amend the legislation that does not allow exploration and extraction of shale gas. The new draft law that is being negotiated currently in Germany allows the implementation of a hydraulic fracturing technique 3,000 meters beneath the earth's surface.

Within the context of the law it issued on March 11, Poland, which also wants to end its energy dependency on Russia, has given tax exemption to the shale gas industry until 2020 and have assured that taxes will not pass 40 percent in the next term as well. The U.S. Energy Information Administration (EIA) announced that Poland has a shale reservoir of 5.3 trillion cubic meters; however, the Polish authorities decreased this figure down to 800 billion cubic meters and the oil giants such as Exxon Mobil and Marathon Oil suspended their investment plans in the country. The U.K. and Poland have become the first European countries to initiate the process by licensing companies.

Speaking on the issue, energy expert at Hazar Energy Institute İbrahim Palaz, who used to work for one of the largest shale gas extractor companies in the U.S. as a senior consultant, told Daily Sabah that European countries' environmental arguments are not quite convincing. "There are serious juridical problems in EU countries on property issues and geographic challenges.

For instance, in U.S., if shale gas reserves are discovered beneath a swath, reserves belong to the owner of the land, while in European countries reserves beneath the land belong to the state. This is the main problem in the commercialization of shale gas in Europe, because no one wants to lose their land without getting any benefit.

So, European governments avoid causing a social problem by nationalizing all lands with reserves," Palaz noted. He also added that the U.S. is manufacturing a great deal of shale gas in large fields that are sparsely, if at all, populated.

However, European countries' population distribution does not allow companies to carry out shale gas businesses in large fields, he added. When it comes to Turkey, veteran energy expert Palaz remarked that Turkey has not done scientific research on its shale gas reserves. "I woefully note that no Turkish company is technologically capable of extracting shale gas. As far as I know, Shell has signed a deal with Turkish authorities for the estimated shale gas fields in southern and Thracian provinces, which is one of the most qualified companies in the world on shale gas extracting. Based on my experiences in the U.S., I can claim that aforementioned fields promise good opportunities," Palaz noted.
RELATED TOPICS