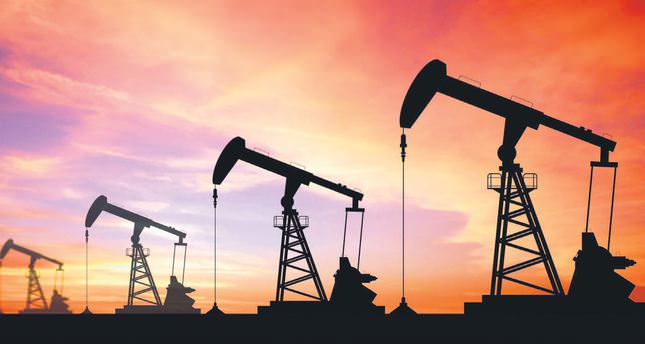 Economists agree that if the low levels observed in crude oil prices continue until the end of 2014, with a yearly average of about $106, Turkey can decrease its annual energy bill by nearly $1.5 billion

The price for a barrel of crude Brent petrol in international markets has dropped to its lowest level this year. Speaking to Anadolu Agency (AA), various economists have commented on the effect of the decrease in oil prices on Turkey's current account deficit, inflation and the monetary policies of the Central Bank of the Republic of Turkey (CBRT). Economists have underlined that even though crude oil prices have dropped to the lowest level this year, the yearly average, which is currently around $108 (TL 233.65) should be taken into consideration. Thus, the levels are almost the same when compared to last year and economists note that if the oil prices continue at this level, it will have a positive but limited effect on lowering Turkey's current account deficit.

Economists all agreed that since the CBRT is dealing with inflation and the depreciation of the lira a decrease in crude oil prices will not have any effect on the monetary policies of CBRT. Garanti Bank Chief Economist Nihan Ziya Erdem stated that Turkey is vulnerable to the fluctuation of crude oil prices due to its energy dependency. The decrease in petrol prices would decrease Turkey's oil import costs and thus, help decrease the current account deficit. Erdem stated that the price of a barrel of crude oil, which was around $109 in 2013, is also at the same level it was in the first week of August, 2014. However, if the low levels continue until the end of the year, the yearly average will be around $106, thus decreasing energy costs and in other words, the current account deficit by $1-1.5 billion.

Erdem noted that on the other hand, the effect of crude oil prices on inflation is not substantial since inflation depends almost completely on the foreign exchange rate. "If the lira's value remains at the same level, the crude oil prices, which have a 5 percent effect on inflation, will only affect the groups that are directly affected by crude oil prices," noted Erdem and added that there will also be indirect effects.

Burgan Yatırım's Chief Economist Haluk Bürümcekçi also highlighted that the average prices will be determining. The average for January-July is
around $108.6, while last year's average was also around the same level. Even if the barrel prices of Brent petrol stay around $104, the yearly average will be $106.7, which again is not a very important difference.

Bürümcekçi noted that a $10 change in petrol prices (assuming that natural gas and its derivatives will also decrease) would mean about a $4.5-5 billion improvement in the current account deficit. However, the changes observed currently are not highly crucial. "Even if the petrol prices fall down, the tax burden remains the same and with the high exchange rates, such a drop will not have an effect on inflation. The CBRT is facing other problems such as inflation, depreciation of the lira, and other issues; therefore, petrol prices will not affect monetary policies", said Bürümcekçi.

Finansinvest's Chief Economist Burak Kanlı also noted that despite actions taken to increase Turkey's energy resources, Turkey still remains highly dependent in terms of energy. He further underlined that crude oil prices also depend on geopolitical risks and the global oil demand and the decrease in oil prices will have a limited effect on the current account deficit. He also noted that the crude oil prices will not have an important effect on inflation since inflation depends mostly on food prices and exchange rate transitivity. "In this respect, the CBRT cannot resort to any interest rate reduction and the petrol prices cannot change the current picture. We expect the CBRT to keep the interest rates at the same level and only decrease the rates if there is a distinct reduction in the inflation rates," said Kanlı.
Last Update: Aug 13, 2014 11:30 am
RELATED TOPICS