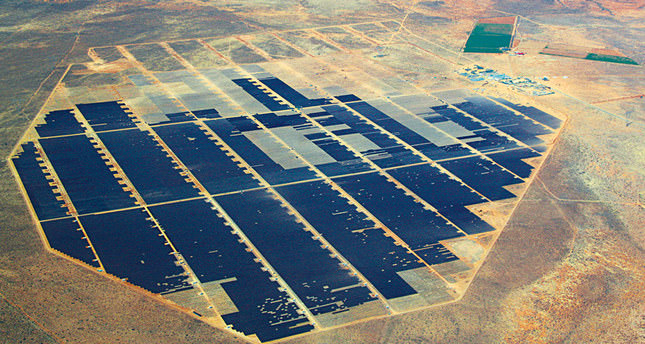 Turkey is set to increase its energy investments in Africa, which will serve both parties, within the new strategic plan focusing on meeting Turkey's energy demand

In order to improve efficiency in the energy sector and address the growing needs of its developing economy, Turkey is now looking into opportunities in Africa, that is rich in untapped natural resources. Within the scope of the Turkish government's Africa Initiative Policy, the Ministry of Energy and Natural Resources has signed various agreements for developing energy resources and mines with various African countries, including Djibouti, Cameroon, Niger, Sudan, Kenya and Gambia. The ministry is also looking into signing similar deals with Nigeria, South Africa, Botswana, Gabon, Somali, Equatorial Guinea, Uganda, Tanzania, Mauritania, Ghana, Namibia, Mozambique and Zambia.

Speaking to Anadolu Agency, Minister of Energy and Natural Resources Taner Yıldız said that the ministry is analyzing the demands and opportunities of both sides and added, "We are aiming to establish common grounds - sustainable relations with African countries as a part of our multidimensional foreign policy." Saying that the Drilling Machinery and Equipment Donation Agreement was signed last Tuesday between Turkey and Dijibouti, Yıldız noted that drilling machinery has been delivered to Djibouti in order to benefit from the rich geothermal resources of the country.

Turkey is aiming to ensure that Africans also benefit from their rich energy resources and therefore, the relations built and the actions taken in Africa are based on mutual benefits and cooperation. Yıldız also underlined the importance of the cooperation between African countries and Turkey in energy and mining. "We have established teams formed of representatives from both the public and private sector in order to exchange experiences. We are also in contact with other African countries.

The relationships established between the governments will improve with substantial projects realized by our businessmen and non-profit organizations," said Yıldız. He further noted that in this respect, Turkey has provided training in oil and gas, mining and electricity in Libya, Sudan, South Sudan, Djibouti and Kenya and further trainings are scheduled in Cameroon and Niger. Africa is highly rich in natural resources and there are proven or potential oil resources in 45 of the 54 countries on the continent.

According to data from the International Energy Agency, Africa also has a high potential in renewable energy resources, especially geothermal and solar energy. Also, the hydroelectric potential of Africa is three times the hydroelectric energy it consumes. While 1 billion people consume a majority of the world's energy resources, more than 1 billion people in Africa do not have any access to electricity.

Turkish investment in the African energy sector is expected to benefit both sides, unlike earlier foreign investments in the continent, experts say. Africa has 8 percent of the world's natural gas, 10 percent of its oil and 18 percent of global uranium reserves, but most African countries are unable to exploit these resources for the good of their own people.

According to the World Bank, 70 percent of the people in 25 sub-Saharan countries face frequent power cuts. The sub-Saharan region has just 28 gigawatts of installed power - equal to the amount of power stored by Argentina alone. Fritz Nganje, a researcher at South Africa's Global Dialog Institute, said at an event on June 22 that while countries such as the U.S. and China are increasingly turning to Africa to safeguard their energy requirements, African nations have not been able to benefit from the resources in their territories.

There are concerns that if this trend continues, new discoveries of gas, oil or uranium will only serve to guarantee the energy security of foreign investors, he added. Professor Deborah Brautigam, director of the International Development Program at Johns Hopkins University, Washington, D.C., spoke at the same event and noted that in the past Africa's foreign partners sent aid with one hand and extracted resources with the other, leaving little behind to boost economic development. She explained that new partners such as Turkey, China and Brazil realize that they have to be different and can cooperate as equal partners rather than donors and recipients.

Brautigam said that creating jobs and investing in manufacturing and power could benefit both sides. "It's the only kind of relationship that is sustainable," she added. David Shinn, adjunct professor of International Affairs at George Washington University and former U.S. ambassador to Burkina Faso and Ethiopia, said Africans should meet their own needs before any excess is sold on the open market.Shinn added that Turkey should consider investing in African energy because of its proximity to North and East Africa. "Frankly, I am surprised Turkey has not already invested in African energy resources," he said. "The investment should, of course, be mutually beneficial to Turkey and Africa." Turkey has increased its trade volume with Africa from $9 billion (TL 19 billion) to $24 billion since 2005.
Last Update: Aug 18, 2014 9:56 am
RELATED TOPICS