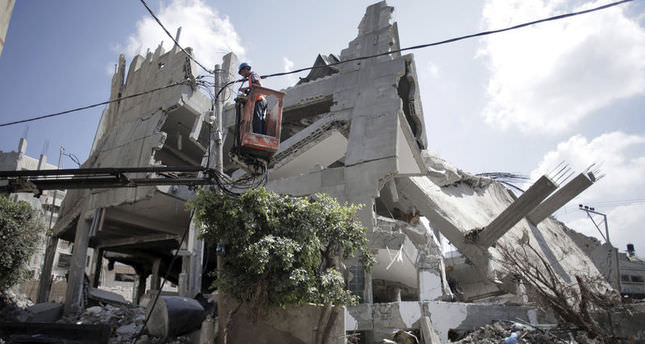 by AA Sep 03, 2014 12:00 am
Turkey is currently holding contacts with various parties to send a Turkish power-generating ship to the Gaza Strip to help solve the electricity crisis in the embattled Palestinian enclave, Turkish Consul-General in Jerusalem Mustafa Sarnıc said Tuesday.

"Gaza's electricity network has been badly damaged [during the recent Israeli war], and we are ready to offer help in this regard," Sarnıc told reporters in his residence in East Jerusalem.

"Turkish Energy Minister Taner Yıldız suggested sending a power-generating ship to Gaza to provide the enclave with electricity for a definite period until the crisis is over," he added.

The diplomat pointed out that a Palestinian delegation visited Turkey last week for talks toward that end. "If an agreement is reached, the ship would provide 80-100 megawatts for Gaza," he noted.