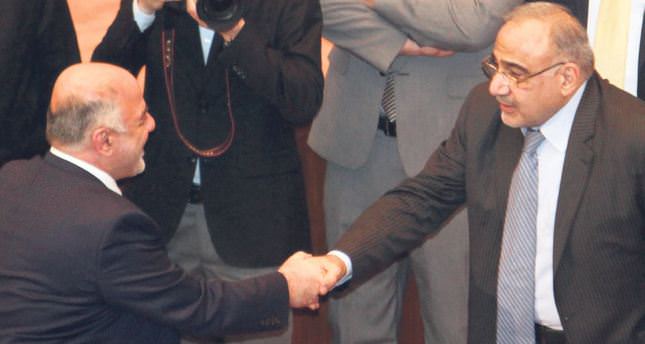 by AA Sep 10, 2014 12:00 am
Adil Abdul Mahdi, from the Islamic Supreme Council of Iraq, has taken the post of minister of oil in the new cabinet formed by the newly-elected Prime Minister Haydar el-Ibadi who is known for his close ties with Kurdistan Regional Government (KRG). Experts think that the KRG's controversial oil exports via a pipeline passing through Turkey will be eased once Mahdi's disposition is taken into consideration.

Ali Semin, an expert on Iraqi politics in Bilgesam, a Turkish think tank, emphasized that the new Iraqi Oil Minister Mahdi and Iraq's former Kurdish President Jalal Talabani are close friends. "Talabani and Mahdi were defending the same front during Saddam's ruling. Mahdi has had close ties with Kurds in Iraq since those days. Furthermore, the removal of Hussein Shahristani, who used to be deputy prime minister of anti-Kurdish Nouri al-
Maliki, [the former Iraqi prime minister] can be viewed as a positive development for the Kurdish government. Shahristani's removal was one of the conditions put forward by Kurds for involving the new cabinet. More importantly, Mahdi was appointed under the approval of Kurds," he said. Semin also recalled Mahdi's latest visit to Massoud Barzani, president of the KRG and said: "Mahdi runs balanced and moderate politics."

"I believe the KRG and the Baghdad government will agree on a joint roadmap thanks to Mahdi's moderate policies and his impression on Kurdish politicians. Within the frame of talks aiming to form the new government, the KRG and the Baghdad government may come to an agreement on exporting oil. Within the new agreement, the KRG can export half the total crude that it extracts from the fields under its authority via its own oil company, KOMO, and exports the rest of the oil via the Iraqi central government's oil company SOMO," Semin said.

Pointing out that Kurds gave three months to partake in the government, Semin said, "There is no such thing that Maliki's leave will solve everything. There are steps needed to be taken by the new Prime Minister al-Ibadi to overcome the Irbil-Baghdad crisis."