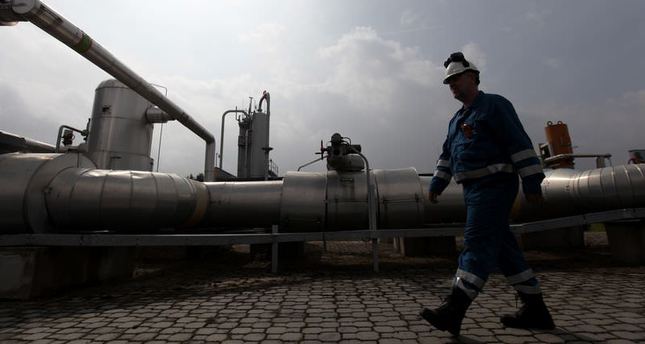 by AA Oct 01, 2014 12:00 am
Turkey and Russian energy giant Gazprom have agreed to increase the capacity of the Blue Stream natural gas pipeline, which carries Russian gas to Turkey via the Black Sea.

Turkish government sources confirmed to the state owned Turkish press agency AA Wednesday that the agreement to increase capacity from 16 billion cubic meters (bcm) to 19 bcm had been reached during Turkish Energy Minister Taner Yıldız's visit to Moscow on Wednesday.

Turkey consumes 45 billion cubic meters of gas annually, with nearly 60 percent of it being imported from Russia.

The agreement came as Yıldız held discussions with Russian counterpart Alexander Novak, Gazprom's CEO Alexey Miller, Sergey Kiriyenko, CEO of the state-owned Russian nuclear company Rosatom and Elena Burmistrova, the head of Gazpromexport, during his visit to the Russian capital.