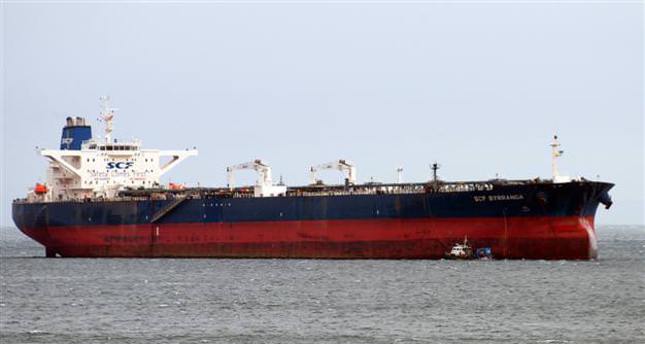 by Ali Ünal Oct 14, 2014 12:00 am
The Marshall Islands-registered crude oil tanker, the United Leadership, loaded with 1 million barrels of Kurdish crude oil left the southern Turkish port of Ceyhan on Monday for the second time, from where the Kurdistan Regional Government (KRG) started exporting oil on May 23. According to sources from the Turkish state-owned pipeline operator BOTAŞ, including this shipment KRG oil exports have hit 17 million barrels.

After months of negotiations between the Iraqi central government and the KRG, the parties have been unable to reach an agreement on the revenue sharing of exported oil. The United Leadership, which was the first tanker carrying Kurdish oil, became a symbol of the KRG's disputed steps to establish independent oil sales. Despite Baghdad and Washington continuing to oppose the sale of KRG oil to international markets via Ceyhan, Kurdish crude has managed to find buyers. However, due to international pressure, most of the buyers of Kurdish oil remain anonymous.

As opposed to other tankers, the United Leadership has been stationed off the Moroccan coast for almost four months while the United Kalavrvta has been stranded in international waters off the U.S. coast since August. However, last week the Marshall Islands-registered vessel transferred its cargo to another tanker off the coast of Malta and sailed toward Ceyhan for new cargo. Sources from the Ceyhan port management confirmed that the United Leadership left the port on Monday afternoon loaded with 1 million barrels of Kurdish crude.

A high-level source from BOTAŞ told Daily Sabah on Monday that including this shipment, the KRG has shipped a total of 22 tankers carrying 17 million barrels of crude oil since May 23 via Ceyhan. Sources from the pipeline operator also remarked that, on a daily basis, slightly more than 200,000 barrels of Kurdish oil continually flow to Ceyhan via the pipeline and the oil flow is not encountering any problems due to threat of the Islamic State of Iraq and al-Sham (ISIS) and other conflicts in the region.

Oil industry sources recently reported that the new Iraqi government and the KRG administration have reached a consensus to set up a commission for monitoring Kurdish oil exports to Turkey. Sector sources also believe that Kurdish forces' effort to help push back ISIS militants in Iraq could boost the prospects of a resolution to the long-running dispute between Baghdad and Irbil over oil exports and revenue sharing.