Wind power plants to be expanded 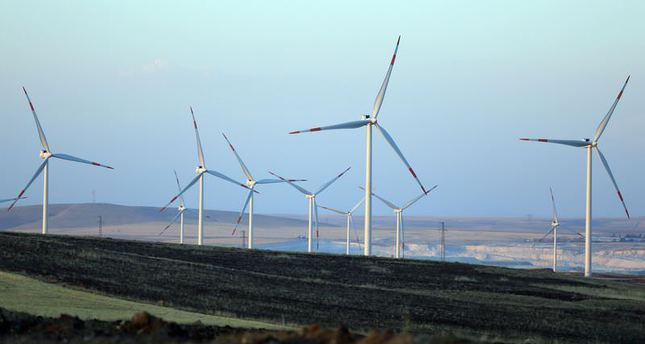 by daily sabah
Nov 09, 2014 12:00 am
Energy and Natural Resources Minister Taner Yıldız said that Turkey used the cheapest natural gas among European countries and came third among markets paying the lowest bills. Visiting GEST Energy, a branch of the Güngör Corporate Group, Yıldız invited industrialists to use solar power. Emphasizing that GEST Energy has a production capacity of approximately 120 megawatts and that it is a solar collector production center, Yıldız said, "There are seven or eight collector production centers in Turkey and that's not enough. Turkey needs more." He added, "There is a wind power plant in Hatay with an installed capacity of 304 megawatts. The number of those plants will increase in the next two years. The level of electricity obtained by wind power is above 10 percent for the first time in Turkish energy history. The equivalent natural gas needed to meet the electricity produced by wind power last year was around $600 million. We expect this figure to rise to $1 billion this year."