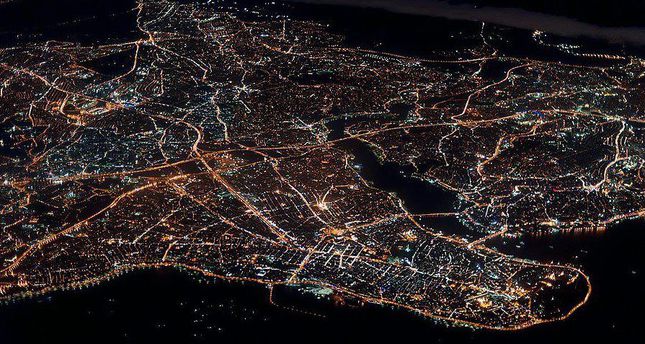 by daily sabah
Nov 12, 2014 12:00 am
Istanbul, which is one of the biggest metropolises in the world, is consuming more electricity than some small countries in the world.

Speaking to Anadolu Agency, Prof. Ahmet Cansız of Istanbul Technical University's Department of Electrical Engineering said that Istanbul's consumption has increased every year due to the expansion of the city and its rising population. "When the past ten years of electricity consumption in Istanbul is examined, it is evident that there have been consumption increases of 7 to 8 percent each year, and there has been a 6 percent increase in 2014 so far," Cansız said.

He further emphasized that the increase in consumption in Istanbul has always been above the average of the rest of Turkey, emphasizing that not only more electricity is consumed in Istanbul than other cities of Turkey, but it is increasingly becoming higher than consumption observed in certain other countries. "Such increases should also be carefully observed in order to not have an adverse effect on the quality of life," Cansız said.

Cansız also highlighted that large-scale investments such as the Yavuz Sultan Bridge and the third airport project will increase the population, which, in turn, increases electricity consumption. "A 10 percent increase is expected annually as of this year with the implementation of such projects. However, when infrastructure is considered, such increases may adversely affect the quality of life in Istanbul," Cansız concluded.