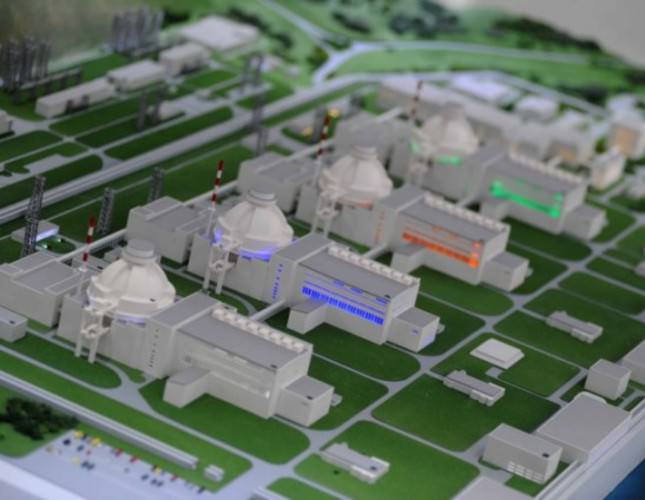 by AA Dec 01, 2014 12:00 am
The Ministry of Environment and Urban Planning approved an environmental assessment report of Turkey's first nuclear power plant on Monday.

The approval comes amid the backdrop of Russian President Vladimir Putin's visit to Turkey. President Putin arrived in Ankara on Monday morning.

The agreement over the Akkuyu nuclear project was signed between Russia and Turkey in Ankara on May 12, 2010.

Akkuyu, the Turkish subsidiary of Russian state-run Rosatom, will construct the country's first nuclear power plant. The company will build and operate the four-reactor nuclear power plant in the Mersin province on Turkey's Mediterranean coast.

Before construction begins, an environmental assessment report needs the approval of the Ministry of Environment and Urban Planning.

Akkuyu had prepared a 3,000 page-long report assessing all aspects of the project for the ministry.

Turkey is trying to diversify its energy sources by investing more in nuclear power since it currently relies heavily on foreign resources. The imports of natural gas and oil, which make up almost half of Turkey's electricity production, cost up to $60 billion a year.