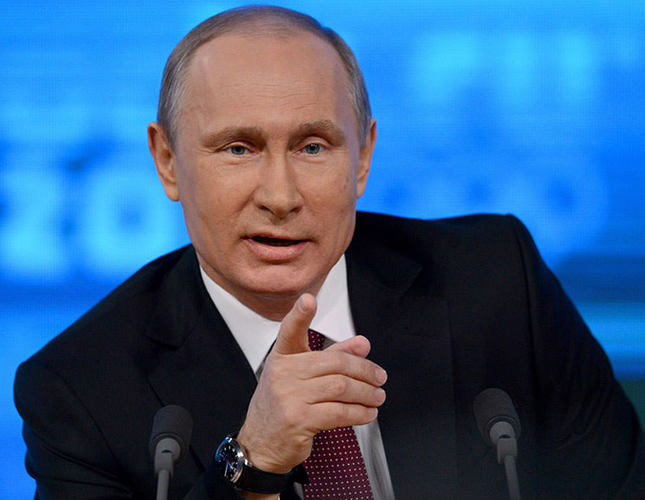 by Daily Sabah Dec 02, 2014 12:00 am
Western media outlets have interpreted Russian President Vladimir Putin's announcements at the joint press conference with Turkish President Recep Tayyip Erdoğan, as a declaration of a gas war against Europe.

Putin said in the conference that Russia will scrap the South Stream pipeline project as a result of Europe's obscuring behavior, and that Russia will seek new markets for its oil and gas exports. He was joined by several other Russian authorities, who gave statements of confirmation to media outlets.

The U.S. based influential newspaper the Wall Street Journal (WSJ) commented that the EU was using every means to downgrade Russia's influence, not only on energy resources. It is not clear which party would benefit from the cancelling of South Stream project, WSJ said, adding that diplomacy was working well between Ankara and Moscow despite their deep splits over foreign policy.

U.K.'s Financial Times analysts said that both Ankara and Moscow would benefit from the cooperation where economic benefits and Western sanctions against Russia's actions over Ukraine are concerned.

The Times used the harsh title "Putin declares gas war on Europe with Turkey pipeline deal" while describing Russia's decision to cancel South Stream project. They included in the article a photo of Turkish Caucasians protesting against Putin during his visit to Turkey, stating that Moscow now has a better understanding of Turkey's importance as a regional trade partner.