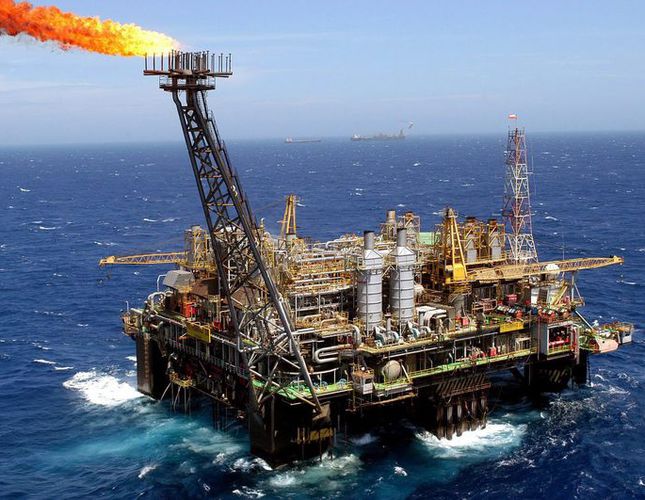 by Dec 12, 2014 12:00 am
A relentless slide in crude prices put energy stocks and currencies exposed to oil exports under pressure on Friday, dampening appetite for riskier assets and underpinning flows into the safety of core government bonds.

Brent crude dropped to a five and a half year low of $63 a barrel and was set for a weekly loss of more than eight percent. Falling oil prices have sparked weakness in U.S. high yield markets and pushed up volatility across asset classes.

Currencies strongly linked to oil export revenues like the Canadian dollar slumped to a five and a half year trough against the dollar, while the Norwegian crown hit a decade low against the greenback. And there was no end in sight for the suffering of the Russian ruble which hit another record low.

"Oil prices really are a big market driver at the moment, whether it be for good for consumer spending or bad for energy companies," said Craig Erlam, market analyst at Alpari, London.

Global crude prices have plunged in recent weeks on massive oversupply, raising fears that deflation could hit economies around the world.

A spate of China data added up to more concerns for investors, with factory growth slowing more than expected last month to its second-worst reading since the global crisis and investment expansion hovering near a 13-year low.

These concerns about deflation and slowing output have helped inflows into ultra-safe German government bonds.

German 10-year yields, the euro zone benchmark, dipped to a record low of 0.646 percent. Yields moved lower after weak demand for the European Central Bank's cheap bank loans on Thursday highlighted the problems it faces in inflating its balance sheet towards its intended 3 trillion euro target.

Bond traders said that European debt markets were taking momentum from an overnight rally in U.S. Treasuries. Falling oil prices had seen investors switch out of stocks into bonds during the U.S. session, creating strong demand for a 30-year bond sale.

Earlier, Japan's Nikkei stock average ended up at 0.7 percent, extending gains as robust U.S. retail sales data lifted exporter shares, but they still managed to book a loss of 3.1 percent for the week.

One potential risk to the U.S. economy was reduced, at least temporarily; as the Senate approved a two-day extension of government funding late on Thursday to stave off shutdowns of federal agencies that otherwise would have begun at midnight.

Spot gold slipped about 0.7 percent to $1,219.50 an ounce, though it was still on track for a gain of over two percent for a week in which it reached a seven-week high, on Wednesday.

"The oil decline has tended to be negative for bullion but should oil prices move below $60 and the broader financial markets become worried about the impact of lower energy prices globally, then gold may receive some safe-haven-inspired buying," HSBC analysts said in a note.