Malaysian Petronas to search for oil and gas in Turkey 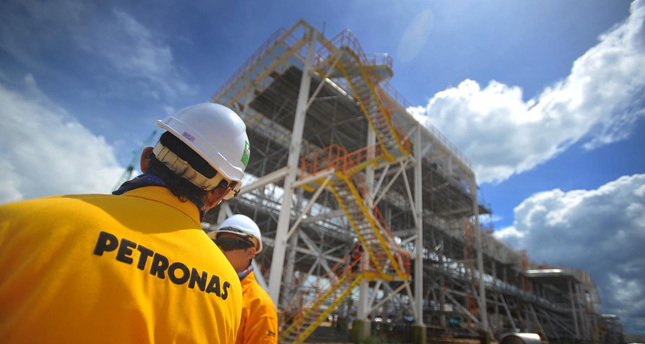 by AA Dec 19, 2014 12:00 am
One of the world's leading energy companies, Malaysian Petronas, will be prospecting for natural gas in the Thrace Region and for crude oil in the Mediterranean Region of Turkey in 2015. According to information obtained from the energy management, Petronas will be cooperating with Turkish Petroleum Corporation, as Petronas regards Turkey as critical both for its geopolitical location and for its proximity to natural resources in the surrounding region. "Prospecting and drilling activities are taking place both at sea and on land in Turkey. We've had a critical meeting and next year Petronas will be prospecting for petroleum, natural gas and shale."

Turkey, which has started prospecting projects for crude oil and natural gas in Africa and the Middle East, will also carry out searches on its own land. Shell's oil rig will be prospecting natural gas and petrol about 100 kilometers from the shores of Şile in Turkey.

The Thrace region is also crucial for the investments of many countries like Iran, Iraq, Russia and Azerbaijan. According to the data of the Energy and Natural Resources Ministry, the highest natural gas reserves and the highest volume of production is carried out in the provinces of Tekirdağ and Düzce in Turkey, while the southeastern Anatolia has a high shale potential.