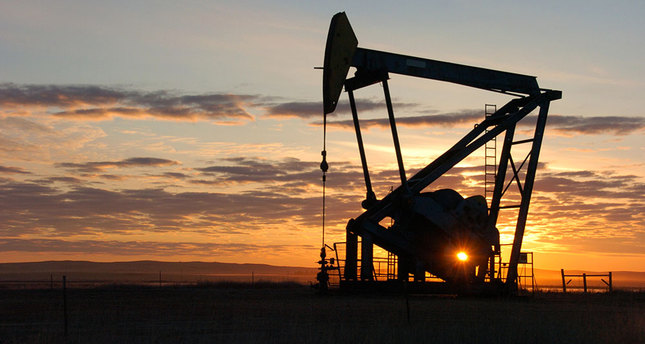 Arab OPEC producers expect global oil prices to rebound to between $70 and $80 a barrel by the end of next year as a global economic recovery revives demand, OPEC delegates said this week in the first indication of where the group expects oil markets to ‎stabilize in the medium term.

The delegates, some of which are from core Gulf OPEC producing countries, said they may not see - and some may not even welcome now - a return to $100 any time soon. Once deemed a "fair" price by many major producers, $100 a barrel crude is encouraging too much new production from high cost producers outside the exporting group, some sources say. But they believe that once the breakneck growth of high cost producers such as U.S. shale patch slows and lower prices begin to stimulate demand, oil prices could begin finding a new equilibrium by the end of 2015 – even in the absence of any production cuts by OPEC, something that has been repeatedly ruled out.

"‎The general thinking is that prices can't collapse, prices can touch $60 or a bit lower for some months then come back to an acceptable level which is $80 a barrel, but probably after eight months to a year," one Gulf oil source told Reuters.

Their internal view on the market outlook will provide welcome insight to oil company executives, analysts and traders, who were caught out by what was seen by some as a shift in Saudi policy two months ago and have struggled since then to understand how and when the market will find its feet.

For the past several months, Saudi officials have been making clear that the Kingdom's oft-repeated mantra that $100 a barrel crude is a "fair" price for crude had been set aside, at least for the foreseeable future. At the weekend, Saudi Oil Minister Ali al-Naimi was blunt when asked if the world would ever again see triple-digit oil prices: "We may not."

Saudi Arabia, the world's biggest exporter – and its close Gulf allies within the Organization of the Petroleum Exporting Countries (OPEC) – say it's time for others, whether that is countries like major exporter Russia or U.S. shale drillers, to slow down; OPEC can no longer slash output, ceding market share, to spare them a downturn. As Naimi told the Middle East Economic Survey (MEES) in an interview this weekend: "It is not in the interest of OPEC producers to cut their production, whatever the price is. Without OPEC to defend prices, oil entered a free-fall, but most of OPEC's members are holding fast.

At this point, intervening in the market would simply invite new rivals to carry on pumping crude, eroding OPEC's market share without any guarantee of a sustained price recovery, another Arab oil source told Reuters on the sidelines of a meeting in Abu Dhabi of the Organization of the Arab Petroleum Exporting Countries (OAPEC) "Every time prices fall, we would be asked to cut," the source said. The second Gulf OPEC source reiterated that OPEC would not cut alone. Non-OPEC producers such as Russia, Mexico, Kazakhstan and "anyone producing more than one million barrels per day" should also cut or at least freeze their output if they wanted a stable market and better prices, the Gulf OPEC source said.

To be sure, there is no suggestion that OPEC is targeting a specific price, or would want to do so. The group hasn't had a formal price goal in about a decade, and Saudi Arabia has long maintained that it is only seeking price stability, not a set level.

But it offers a convenient metric at a time when traders are struggling to figure out where and when markets will settle down.

Asked about market signals OPEC is looking for to decide on whether the market is stabilizing or not, irrespective of the price, Naimi said: "‎The signals need time, one year, two years, three years. There is not one signal that we look to and say that's it... but for sure those who are the most efficient producers are the one who would rule the market in the future."

Iraqi oil minister Adel Abdel Mehdi told Reuters in an interview on Monday he thought prices would stabilize now at about $60 a barrel but could rise to over $70 by mid-next year.

"I believe that m‎arket has started to stabilize itself now," Falah al-Amiri, head of Iraq state oil marketing SOMO told Reuters in Abu Dhabi.
"‎The future for next year, I don't think there would be much optimism in the market that the price would go to $80 or above. But I don't even think prices would reach $80," said Amiri, citing a resilient shale oil production to current prices.

Another comment on oil prices came from the former secretary general of the Organization of Petroleum Exporting Countries (OPEC), Adnan Şihab Eldin, who said that the reasonable price of crude oil for companies to invest in and gain profits from is $80.

Speaking to Anadolu Agency, Eldin emphasized that the reason behind the price falling to as low as $60 is "the extreme reaction of the market to the deteriorating balance." He said that he supports the decision of OPEC to not lower the supply level, and added that OPEC is an organization that bases its resolutions related to energy on the economy and protects the interests of its members. Eldin further claimed that if OPEC cuts production and increases prices, it will only be beneficial in the short-term, but it will lead its market share to diminish in the long-term.