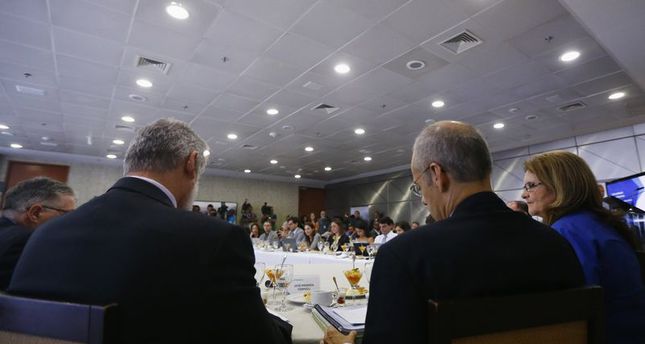 by Dec 28, 2014 12:00 am
Brazil's state-run oil company Petroleo Brasileiro SA and some of its executives were hit with a U.S. class action lawsuit by investors in $98 billion of the company's securities over an alleged kickback and bribery scheme. News of the case helped knock Petrobras shares more than 4 percent lower. In mid-December, the stock hit its lowest in nearly 10 years as a widening corruption probe caused the company to delay the release of its third-quarter earnings. Petrobras has already been sued by several U.S. investors who bought American Depositary Receipts sold by the company in New York. The latest case was filed on Dec. 24 in Manhattan's federal court by the Labaton Sucharow law firm on behalf of the city of Providence, Rhode Island, which invested in Petrobras. The lawsuit proposes to cover $98 billion of securities Petrobras sold since 2010, and any judgment or settlement would benefit the investors who purchased those securities. Allegations include that the company made material misstatements about the value of its assets in bond offering documents. Such an allegation does not require proof that misstatements were made knowingly, and allows plaintiffs to name as defendants the Brazilian and international banks that managed the sale of those bonds. Unlike the previous class actions by ADR holders, the latest lawsuit also names as defendants Petrobras executives, including Chief Executive Maria das Gracas Foster. In Rio de Janeiro, a Petrobras spokeswoman said the company had not received a citation from the reported class action suit filed on Christmas Eve.

So far 39 people have been indicted on charges that include corruption, money laundering and racketeering in the Petrobras graft scheme that allegedly funneled money to political parties, including Rousseff's Worker's Party and its allies in Congress.

Brazilian President Dilma Rousseff said there was no evidence that Petrobras senior management was involved in the graft scandal. Last week, Petrobras said it will scale back spending to avoid having to issue debt next year. It cannot issue new debt until it releases third-quarter earnings, which were delayed after auditor PriceWaterhouseCoopers refused to certify them owing to the corruption scandal.