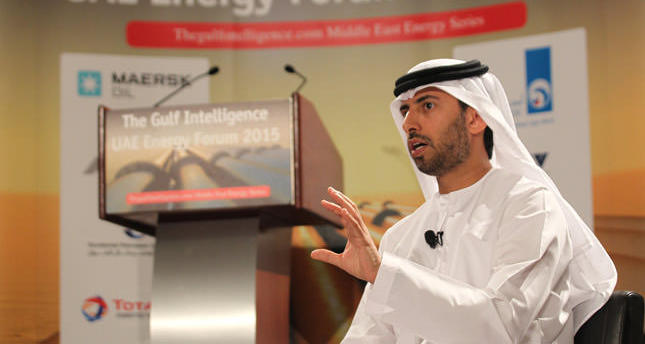 The UAE energy minister said yesterday that there will be no change in OPEC policy on oil output level even after prices fell below $46 per barrel and despite warnings from Iran, Venezuela and Iraq

The energy minister for the United Arab Emirates said yesterday there are no plans for OPEC to curb production to shore up falling crude prices, and instead put the onus on shale oil drillers for oversupplying the market. Oil prices have lost well over half their value since late June, with benchmark U.S. crude trading below $45 a barrel. OPEC, which includes the Emirates, decided at its last meeting in November to keep production levels unchanged, despite calls from some from within the 12-member bloc to curb output to boost prices. The position of the cartel's Arab Gulf producers is that scaling back production would only erode their market share and benefit rivals, such as shale drillers in the U.S. "I think the strategy will not change," Emirati Energy Minister Suhail Bin Mohammed al-Mazroui told the Gulf Intelligence energy conference in Abu Dhabi. "By not panicking and readjusting or cutting the output from the OPEC countries, we are telling the market and the other producers that they need to be rational. They need to be like OPEC," he said. "They need to look at growth in the international market for oil and they need to cater the additional production for that growth." He said that if OPEC were to cut output by a million or more barrels per day, the gap in the market would have been filled by shale oil drillers "in a few months."

Iran's President Hassan Rouhani meanwhile warned that OPEC's largest producer Saudi Arabia would suffer from the price drops and come to "regret it." "The fall in oil prices will not put Iran under strain," Rouhani said in a nationally-televised speech. Iran has indirectly blamed the Sunni kingdom of Saudi Arabia, a regional rival, for plotting the freefall in oil prices by refusing to curb production. The Shiite powerhouse says a third of its budget this year will come from oil revenues, in comparison to last year's 50 percent.

Iran, Venezuela and Iraq are among OPEC's most vulnerable members, as they require oil to stay well above $100 a barrel to cover budgetary obligations. Non-OPEC member Russia has also been deeply affected. Venezuela's president toured OPEC nations this week to drum up support for a production cut, starting in Iran before heading to Saudi Arabia and Qatar.

Arab Gulf countries heavily rely on oil revenues, but also have strong fiscal reserves from years of high oil prices to sustain spending levels and carry them through the current market glut.

Managing Partner Sean Evers at Gulf Intelligence, the group organizing the energy conference in Abu Dhabi, said Gulf states have seen oil revenue decline by about $1 billion a day for the last six months. Evers said that as much as $400 billion could be "sucked out of the regional economy" through 2015.

The UAE's al-Mazroui said his country stands by OPEC's decision to keep output levels the same. He said the organization will wait until its next meeting in June before considering any change in strategy. "We cannot continue just protecting a certain price," al-Mazroui said. He added that shale oil drillers and other higher-cost producers should be the first to scale back production. "They are supposed to be the swing producers and if the price is right for them to produce, then fine, let them produce," he said.