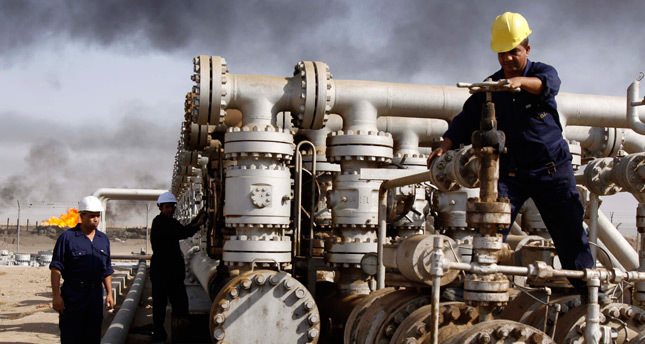 by Jan 31, 2015 12:00 am
OPEC's oil supply has risen this month due to more Angolan exports and steady to higher output in Saudi Arabia and other Gulf producers, a Reuters survey showed, a sign key members are standing firm in refusing to prop up prices. The Organization of the Petroleum Exporting Countries at a November meeting decided to focus on market share rather than cutting output, despite concerns from members such as Iran and Venezuela about falling oil revenue.

Supply from OPEC has averaged 30.37 million barrels per day (bpd) in January, up from a revised 30.24 million bpd in December, according to the survey based on shipping data and information from sources at oil companies, OPEC and consultants. At the Nov. 27 meeting, OPEC retained its output target of 30 million bpd, sending oil prices to a four-year low close to $71 a barrel. Crude since fell to a near six-year low of $45.19 on Jan. 13 and was trading above $49 on Friday.

OPEC Secretary General Abdulla al-Badri, speaking in London on Monday, defended the no-cut strategy and said prices may have reached a floor, despite oversupply. Other OPEC delegates have since echoed this message. "Prices are stabilising," said a delegate from a Gulf producer. "But the world economy is not very strong and stocks are too high."

The largest boost this month has come from Angola, which pumped 1.80 million bpd and exported about 57 cargoes, up 160,000 bpd from December. Output would have been higher without some cargo delays, including of new crude Sangos.

OPEC's other West African producer, Nigeria, also managed to boost exports, the survey showed, although the increase was restrained by outages of the Forcados and Nembe Creek pipelines. Smaller increases have come from Kuwait, Qatar and the United Arab Emirates. Output in top OPEC exporter Saudi Arabia has been flat to slightly higher, sources said. Saudi Aramco Chief Executive Khalid al-Falih said on Tuesday production was currently at 9.8 million bpd, although it was unclear if that was the daily rate or the January average. "Steady is what I'm seeing," said an industry source who tracks Saudi supply. "Exports are a bit lower and this is most likely offset by slightly higher refinery runs." The largest reduction this month has come from Iraq, where southern oil exports slipped from December's record high and flows from northern Iraq also declined, according to loading data and an industry source. Exports are likely to hit new records in coming months, technical problems and weather delays permitting. A loading programme schedules record southern exports in February. OPEC's other country with a notable decline in output this month is Libya, where ports and oilfields have been shut due to fighting and supply fell further in January to 350,000 bpd.