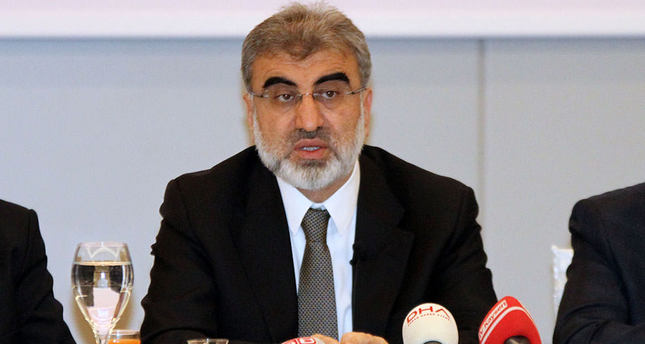 by Daily Sabah Feb 02, 2015 12:00 am
As oil prices have been continuing their downward trend since last June, all parties involved have made predictions on the future, but these have resulted in little more than fortune telling. After falling to around $45 per barrel, oil prices started to rise again and were around $52 per barrel yesterday.

Comments have come from energy-dependent countries that benefit from the situation. Turkey, one of the most energy-dependent counties, followed the drop in prices carefully and took advantage of the situation. Finance Minister Mehmet Şimşek had stated that every drop of $10 in oil prices decreases the current account deficit by $4.5 billion to $5 billion. Furthermore, this decline means bringing down inflation by 40 base points, which is one of the main problems in the Turkish economy.

Yesterday, Energy and Natural Resources Minister Taner Yıldız said that there will be either an upward or a downward change in crude oil prices and mentioned that they hope that any increase would not be extreme. Yıldız further said that while the dollar parity was around 2.32 10 days ago and is now around 2.45, crude oil price was around $48 and is now close to $53.

Fluctuations in the dollar-Turkish lira parity and oil prices certainly do not give positive signs for the Turkish economy, which Yıldız explained by saying: "We are in a period when a small flu can affect the body's resistance."

He warned of oil price fluctuations, especially the price increase after the U.S.'s announcement of decreasing the number of oil wells in oceans. "Turkey, in this respect, is ready for such price increases and there have been discounts from which Turkish citizens benefitted. Therefore, we are now hoping that the increase won't be a steep one," Yıldız said, and added that within the last week crude oil prices per barrel increased by TL 15.5 ($6) because of the parity change. He further said that the ministry will continue to keep both the energy sector and market under control.