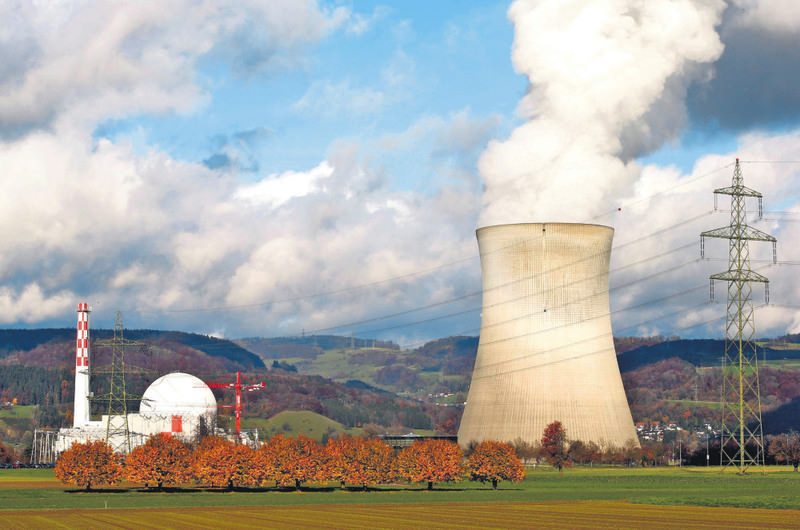 Turkey will join 30 other countries that use nuclear power by building its first nuclear power plant in Akkuyu. Security concerns have become one of the main topics of discussion, as is the case worldwide since the Fukushima tragedy

As a resource-poor country, Turkey has always had to find ways to cover its energy demand, but energy brings security problems that require preparation. The Akkuyu nuclear power plant, which is built to be earthquake-resistant for tremors of up to 9.0 on the Ricthter scale, will be the securest structure in Turkey, according to Energy and Natural Resources Minister Taner Yıldız. There has never been an earthquake measuring 9.0 or above in the country, Yıldız added. The Fukushima Daiichi Nuclear Power Plant disaster failed to squash discussions about the cost-benefit balance of nuclear power.

Turkey's energy demand has been growing with the country's economic figures. The government implies a production-based economic policy, which increases energy consumption. The lack of natural resources in the country forces the government to diversify energy supplies and work for different options to satisfy demand with local investments.

Speaking at the Young Turkey Summit on Renewable Energy Resources and Green Turkey, Yıldız addressed security concerns about the nuclear plant to be built in Akkuyu, Mersin, in southern Turkey. He said that the budget reserved for security systems is higher than the budget of electricity production worldwide. He said that international authorities would not allow a country to reduce security to lower costs. "Whether we like it or not, this is going to be the most secure building in Turkey," he said.

He also underlined that the reality and perceptions here are different, and while one country announced that they would give up on nuclear energy in 2021, the main reason behind this is because the lifetime of the plants will expire. "Closing a nuclear plant whose lifetime has expired does not mean giving up on nuclear energy," he said. He did not give the name of the country, although it is known that Germany announced that it would shut down its nuclear power units, estimated to cost 37 billion euros ($39 billion) to cover electricity demand.

The nuclear power plant to be constructed in Akkuyu will consist of four units, each of which will be able to generate 1,200 megawatts of power. The power plant, which is being constructed by Russian state-run atomic energy corporation Rosatom, is expected to produce approximately 35 billion kilowatt-hours of electricity per year after its construction is completed, and its service life is expected to be 60 years.

Yıldız pointed out that projects of such scale don't just affect the next 10 to 20 years, but 100 years and gave the example of South Korea as a country that started using nuclear energy on the way to becoming a global economic power.

Underlining that environmental pollution and climate change are problems for the whole world, Yıldız said that all of Turkey's energy policies take the climate into consideration.

"We want our energy policies to be realized with the environment, not against it. Average temperatures in the world are expected to increase by 2 degrees. If growth figures in the world are realized as estimated, then the figures might increase in the next 25 years," he said. He added that currently there is a great imbalance in world energy consumption figures, as New York with a population of 19.5 million consumes the same amount of energy as the African Sahara with a population of 890 million, excluding South Africa. "There are 1.3 billion people in the world who still have no access to energy," Yıldız said. Yıldız noted that since $2 trillion of investment is required for global growth and that combined global gross national product is around $77 trillion, the importance of investments in the energy sector is revealed.

Turkey is the fastest growing country in terms of energy after China, and due to developments over the last 10 years and improvements in shale gas, the global energy sector has changed.

Yıldız pointed out that electricity obtained from coal is 43 percent of electricity production in Germany and will increase to 51 percent by 2021, while in Turkey there is a perception that Turkey does not benefit from renewable resources, which does not reflect the truth. "The fact is 28 percent of the energy consumed in Turkey is obtained from coal, while 25 percent is from renewable energy resources. We consume twice the renewable energy of European countries. We need to explain our work properly," he said.

He also underlined that Turkey sells its citizens cheaper natural gas than EU countries and is the third-cheapest country for electricity. "This is because we have covered the needs with renewable energy, since we are not a crude oil or natural gas rich country," he said.
Last Update: Apr 13, 2015 11:46 am
RELATED TOPICS