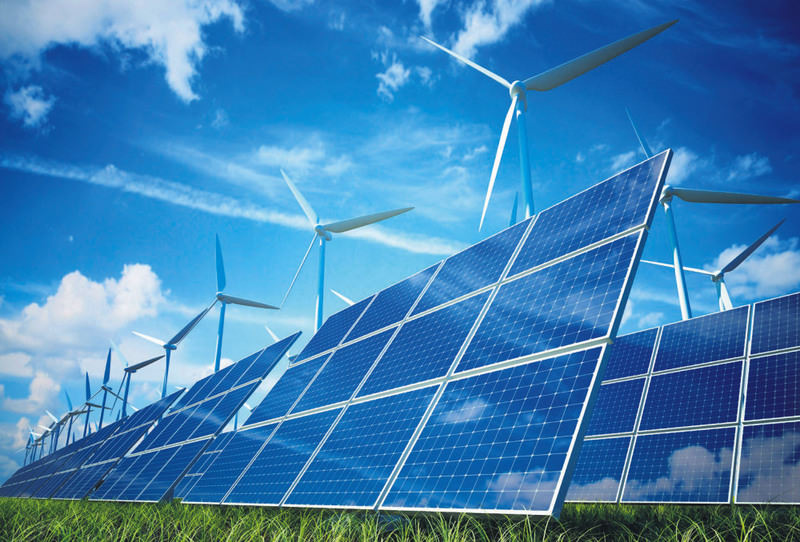 by Daily Sabah Apr 28, 2015 12:00 am
Energy and Natural Resources Minister Taner Yıldız said three large biomass facilities will open next month, adding that solar energy licenses for a combined capacity of around 600 megawatts would be submitted to their addresses by the end of this month as well. Yıldız attended the Zero Energy Deficit, Zero Waste and Energy Efficiency in Agricultural Basins workshop together with Food, Agriculture and Livestock Minister Mehdi Eker.

"Biomass is an energy resource that has the highest guarantee of purchase. We buy the electricity at 13.3 cents for 10 years. Considering Turkey's total energy construction equals 120 million tons of oil, Turkey has a biomass equaling 8.6 million tons of oil. According to our strategic plan, we will increase the total amount of biomass energy produced to 700 megawatts by the end of 2017. We have this capacity and this capacity should be used," Yıldız said. Yıldız added that producing energy in the place it is consumed would decrease electricity outages. "As the welfare level of our citizens improves, energy demand increases. The amount of electricity consumed per person increases. Accordingly, the energy sector should grow faster than the speed of economic growth so that it covers the required needs. Coal, oil and natural gas still comprise 85 percent of total energy resources in the world. This rate is aimed to decrease to 75 percent over the next 25 years, according to data from the International Energy Agency [IEA]. Investments made in renewable resources are aimed at decreasing this rate. Therefore, every issue in the energy sector is based on the concept of producing energy in a place where it is consumed. The more this is achieved, the less electricity outages will occur," Yıldız said.

Emphasizing the importance of the cooperation between the Energy and Natural Resources Ministry and the Food, Agriculture and Livestock Ministry, Yıldız stressed, "Developing Turkey cannot have shrinking energy and agriculture sectors. We should know that every material is actually an energy resource. We should know that all waste, including agricultural and animal waste, is energy resources." Yıldız also said that with the world becoming more polluted, energy efficiency is of huge importance to leaving a clean environment to the next generations. In addition to offering support for renewable energy resource projects, Eker added that they supported the greenhouses using alternative energy - including the payment of nearly TL 54 million ($20.24 million) for 271 projects. Highlighting that they also covered 50 percent of the financing for 21 projects of agricultural production facilities using geothermal, biogas, solar or wind power, Eker said they supported 353 projects in the field of solar irrigation systems. Stressing that they are conducting research and development activities aimed at using renewable energy resources in agriculture, Eker said, "We have the potential to produce so much energy from agricultural waste. The purpose of this workshop is to achieve this." A study conducted in 2001 showed that the weight of annual total biomass produced by the agriculture sector was 117 million tons, which equaled 32 million tons of energy, Eker said.
Last Update: Apr 28, 2015 11:27 pm
RELATED TOPICS