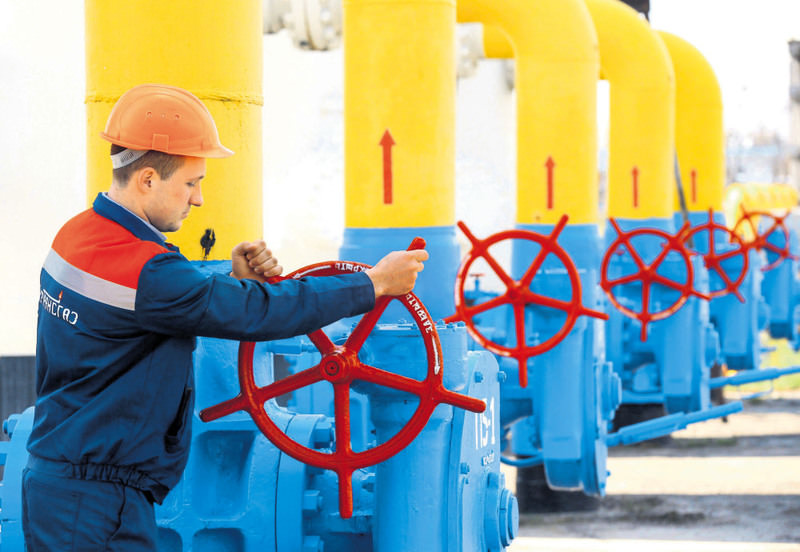 by Compiled from Wire Services May 01, 2015 12:00 am
Energy and Natural Resources Minister Taner Yıldız said that the ministry supports the transport of Turkmen natural gas from the Caspian Sea in political and technical terms.

Yıldız met with Vice President of Turkmenistan's Cabinet of Ministers, Baymurat Hojamuhammedov, Azerbaijani Minister of Industry and Energy, Natik Aliyev and European Commission Vice President in charge of Energy, Union Maros Sefcovic at the Turkey-Turkmenistan-EU-Azerbaijan Quadruple Meeting in Ashkhabad, Turkmenistan. Explaining that all parties have different responsibilities regarding energy security, Yıldız said that the quadruple meeting has become even more significant in this regard. He said that Turkey has been maintaining its positive position on the transmission of Turkmen natural gas to Europe through Turkey since the 1990s, adding that they support the transition of Turkmen natural gas from the Caspian Sea in political and technical terms.

Reiterating the significance of the use of Turkmen natural gas in Turkey and Europe, Yıldız said: "Turkey is aware of the advantages that stem from its location and it properly uses these advantages for the region's energy safety." The transmission of Turkmen gas to Europe is an important topic on the regional agenda, Hojamuhammedov said, adding that they fully support Turkey's wish to take part in its transmission. He also said that Turkmen gas is also important for Turkey's consumption. Pointing to the fact that Turkey has come to be known for its mega projects in energy, Aliyev said that transition countries like Turkey are as important as the markets and producers to which natural gas is delivered. Sefcovic said that high-level participation from states in the ground-breaking ceremony of the Trans-Anatolian Natural Gas Pipeline (TANAP) project in March revealed the significance of the region's energy projects. The pipeline could cost upwards of $5 billion and would funnel gas under the disputed sea from Turkmenistan to Azerbaijan before connecting with the existing South Caucasus Pipeline and the planned TANAP through Turkey. "The European Union expects natural gas supplies from the Caspian region to Europe to begin in 2019 or 2020," Sefcovic said. He added that environmental risks connected to the proposed pipeline could be mitigated. In addition to Iran, the Trans-Caspian Pipeline would face opposition from Russia, which met around a third of the EU's gas needs in 2014.
Last Update: May 01, 2015 8:08 pm
RELATED TOPICS