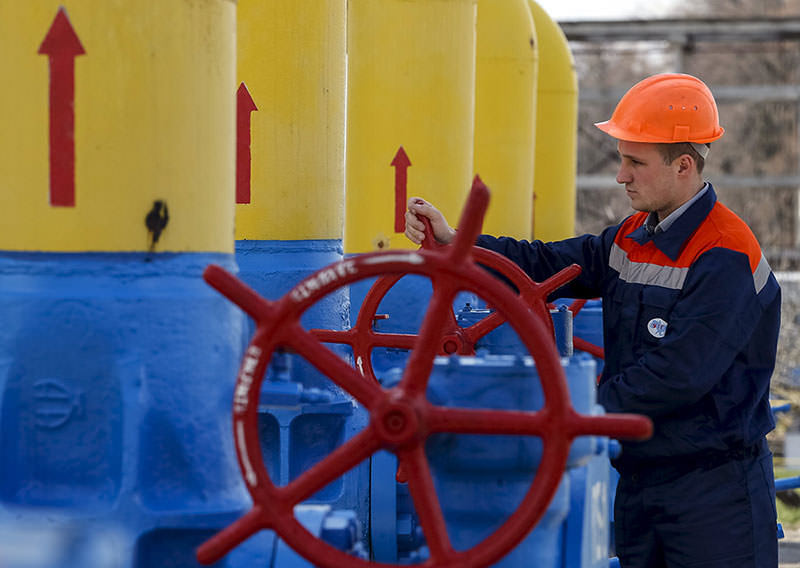 An employee turns a valve at a gas compressor station in the village of Boyarka, outside Kiev, April 22, 2015 (Reuters)
by May 07, 2015 12:00 am
Russian energy giant Gazprom, after months of negotiations, has agreed to provide discounts on Russian gas to private Turkish companies, the Kommersant newspaper has reported.

According to sources, the parties have agreed to reduce the price from 374 dollars to 300 dollars per 1,000 cubic meters in the first quarter of the year. In the second quarter, the price will be reduced to 260 dollars.

The agreement on the discount will be considered effective as of January 1, 2015, meaning Gazprom will have to return a part of the payments already made by Turkish companies. The Russian newspaper put the estimates of the returns between 250 million dollars and 300 million dollars.

The companies that will be granted the discount include Enerco Enerji, Bosphorus Gaz, Avrasya Gaz, Shell, Batı Hattı, Akfel Gaz and Kibar Enerji, which import more than 30 percent of Russian gas to Turkey.

Turkish state-run pipeline company BOTAŞ is the biggest importer of Russian gas, but it has still not received a discount in price.