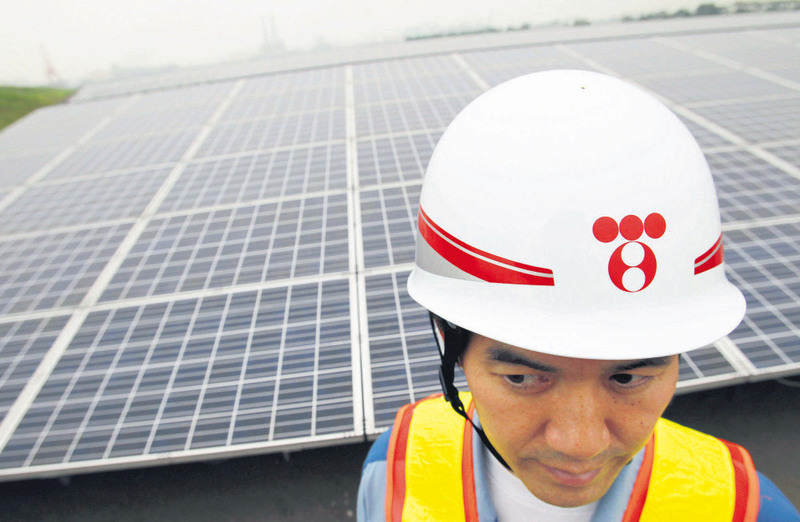 by May 25, 2015 12:00 am
The operator of the Fukushima Daiichi Nuclear Power Plant has jointly won a large power and water infrastructure contract in Qatar, the company announced yesterday. Tokyo Electric Power Company (TEPCO) and Japanese trading house Mitsubishi Corp. were selected by a company backed by the Qatari government to build and operate power and water plants for 25 years, in a project worth some $2.5 billion.

The announcement will be welcome news for Japanese Prime Minister Shinzo Abe, who has led the drive for Japanese companies to sell their technology abroad and represents TEPCO's biggest foreign commercial success since the triple meltdowns at Fukushima in 2011. However, the new agreement does not include nuclear technology.

The deal, sealed between K1 Energy, a joint venture established by Mitsubishi and TEPCO, and Qatar General Electricity and Water Corporation (KAHRAMAA), "is the result of an international tender issued by KAHRAMAA in May 2014," the Japanese companies said in a statement. The final purchase agreement will be concluded between KAHRAMAA and a special-purpose company established through a partnership among K1 Energy and three other Qatar companies, it said.

Operations at the site, located 20 kilometers south of the capital Doha, "are scheduled to commence in 2017," it said.

K1 Energy will hold 30 percent of the special purpose company, while KAHRAMAA will hold 60 percent, with Qatar Petroleum and the Qatar Foundation each holding 5 percent.

Mitsubishi and TEPCO hold an equity share of 98.5 percent and 1.5 percent of K1 Energy, respectively, but the companies are discussing "raising TEPCO's ratio of shareholding to a maximum of 33.3 percent" by the end of September, the companies said.

The project, which a TEPCO spokesman said will cost a total of 300 billion yen ($2.5 billion), "will also enhance TEPCO's business base as it seeks to increase operating revenue towards revitalization in Fukushima," the statement said.

TEPCO is battling with the spiraling costs of a technically-complicated cleanup at Fukushima, where three reactors experienced a meltdown after their cooling systems were swamped by the March 2011 tsunami.
Last Update: May 26, 2015 1:18 am
RELATED TOPICS