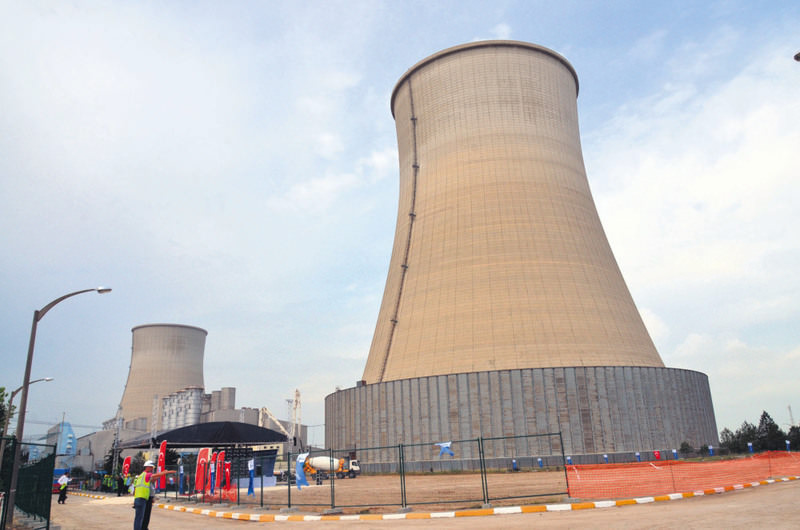 by Daily Sabah May 28, 2015 12:00 am
Signing and inaugural ceremonies for the New Investment Loan Contract for the Hamitabat Natural Gas Combined Cycle Power Plant have been held. Giving a speech at the ceremony, Limak Holding Chairman Nihat Özdemir said that the effectiveness of Hamitabat is 38 percent today and it would increase to 62 percent after the renovation, which is expected to be completed by 2017.

Pointing out that $242 million will remain in Turkey annually after the renovation, Özdemir said that the renovation work would cost 520 million euros and five banks would cover 395 million euros in loans. He also added that UniCredit wanted to be a partner due to the trust of the energy sector's stability in Turkey and 25 percent of the plant was transferred. After the speeches, a loan-signing ceremony and a ceremony to break ground were held. Birol Ergüven, a top executive at Limak Energy, said that the plant would make a huge contribution to Turkey's energy supply security. Ergüven also said: "With the investment that we are undertaking today, nearly 1,500 people will be employed.

The technology we are bringing to Turkey is one of the most efficient and flexible technologies in the world." While noise emission reduces 15 percent, water consumption will decrease from 350,000 tons to 170,000 tons after the renovation. The Hamitabat plant, which meets the energy demand for the region of Thrace and the European side of Istanbul, is of strategic importance in terms of Turkey's energy security.
RELATED TOPICS