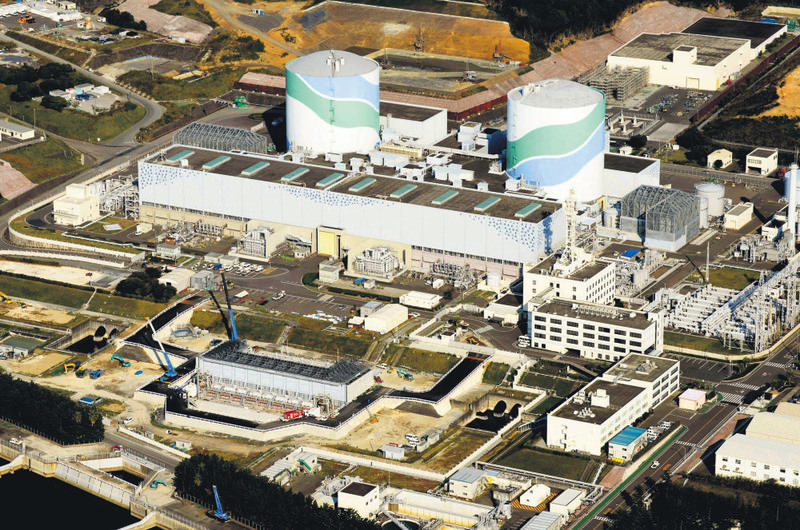 by Associated Press May 28, 2015 12:00 am
A nuclear plant in southern Japan on Wednesday obtained the final permit needed to restart its reactors, paving the way for it to become the first to go back online under new safety standards introduced after the 2011 Fukushima disaster. All of Japan's more than 40 reactors are currently offline for repairs or safety inspections. The two units at the Sendai nuclear power plant are among 24 reactors seeking to restart, as Prime Minister Shinzo Abe's pro-business government tries to put as many back online as possible. The Nuclear Regulation Authority approved the Sendai plant's operational safety plans, the last step of a three-part screening process. The plant's safety program includes emergency response plans in case of fire, floods or other natural disasters, or a serious accident.

The plant, owned by Kyushu Electric Power Co., won approval in September of the safety of its reactors and other equipment under tighter rules set after a powerful 2011 earthquake and tsunami decimated the Fukushima nuclear plant in northeastern Japan.

Abe's government says nuclear energy is vital for resource-poor Japan's economy. It is now finalizing plans for Japan's long-term energy mix and is seeking to have nuclear energy supply about 20-22 percent of its energy needs in 2030, although public opinion remains divided.

While local municipalities have already approved the Sendai plant's restart, many residents oppose the plan, citing potential danger from active volcanos in the region. Kyushu Electric hopes to restart one reactor at the Sendai plant in late July after on-site tests and training and the other in late September, though there could be some delays. Nuclear Regulation Authority Chairman Shunichi Tanaka reminded the utility of the importance of safety education and training for plant workers after a multi-year stoppage. Kyushu Electric vowed to further improve the emergency response training of its workers and ensure safety.
RELATED TOPICS