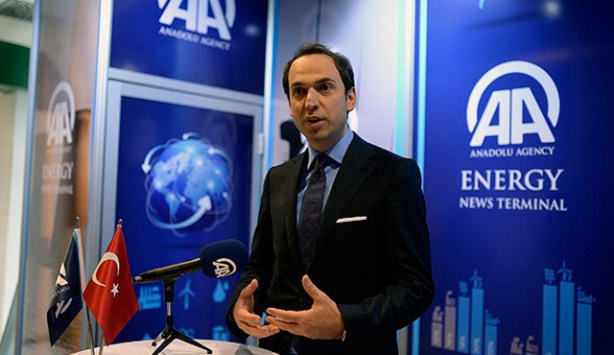 by Daily Sabah Jun 01, 2015 12:00 am
The International Confederation of Energy Regulators (ICER) has elected Alparslan Bayraktar as its new Chairman. The announcement was made on Thursday at the closing of the sixth World Forum on Energy Regulation (WFER VI3) in Istanbul.

The Chair of ICER is appointed for the period between each World Forum on Energy Regulation (WFER). Mr Bayraktar, the current head of the Energy Regulators Regional Association (ERRA), took over from Lord Mogg (President of the Council of European Energy Regulators) with immediate effect from 28 May 2015 until the next Forum (WFER VII) is completed in 2018.

Welcoming the new ICER leadership, the departing and founding ICER Chair, Lord Mogg said:
"Having had the privilege to serve as ICER Chair since its inception 6 years ago, I am convinced now more than ever of the necessity and the strength of global collaboration on energy issues. I am confident that energy regulators' expertise and influence on the global stage will continue to grow under the powerful leadership of Alparslan, Susana and Jack."

Incoming ICER Chair, Alparslan Bayraktar, said:
"I am honoured to head up the global association of energy regulators. We will continue our efforts in ICER to make sure everyone has access to secure, affordable energy and to face global challenges together."

Alparslan Bayraktar has been serving on Energy Market Regulation Authority of Turkey since he was nominated by the Cabinet of Turkey and sworn in on February 2010.

Bayraktar worked as a private consultant in Turkey on wide range of areas that include energy from 2007 through 2010.

He is presidium member of Energy Regulators Regional Association (ERRA) since 2012 and Editorial Board Member of ICER Chronicle. He holds a bachelor's degree in Mechanical Enginnering from Istanbul Technical University, Master's Degree in Law&Economics from Bilkent University Faculty of Law and studied on Strategic Marketing Management at NYU.

Also announced at WFER VI is the host for the next edition of this exclusive international convention. Mexico's Energy Regulatory Commission (CRE) will host the next World Forum (WFER VII) in 2018 in Mexico.
Last Update: Jun 01, 2015 10:43 pm
RELATED TOPICS