Iran might use Turkish Stream pipeline to deliver gas to Europe: official 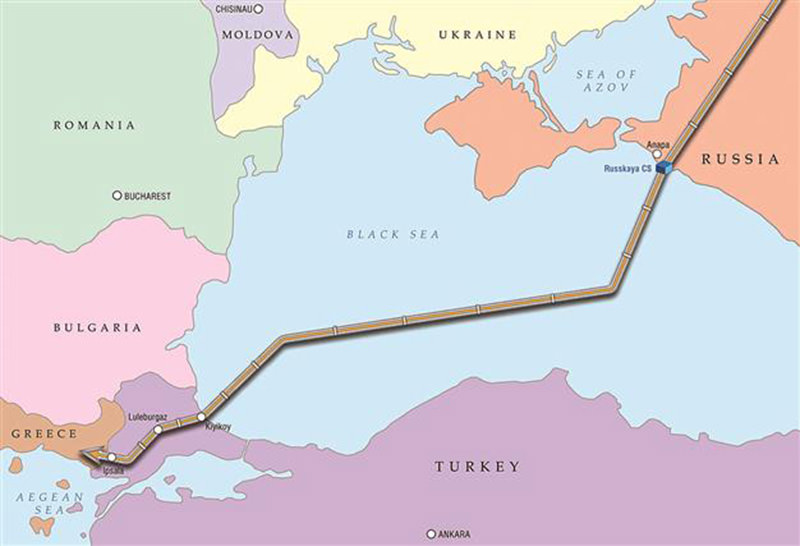 The greater part of the Turkish Stream gas pipeline will be laid within the corridor formerly intended for the South Stream (DHA)
by Daily Sabah Jun 03, 2015 12:00 am
The world's six major powers are negotiating a nuclear deal between Iran, and once it is finalized and implemented, the West is expected to lift its sanctions on the latter, one of which includes Iran's oil and gas industries. The arising question is, of course, how the Iranian gas will reach Europe.

The Turkish Stream is a working name of the proposed natural gas pipeline from Russia to Turkey across the Black Sea. The new gas pipeline is expected to connect Russian gas to Kıyıköy village in the European part of Turkey and further to Greece.

The Iranian official Ramezani reportedly told RIA Novosti news agency in Paris, "There haven't been any negotiations on this yet [utilization of Turkish Stream gas pipeline], but it could be a good idea to begin talks because this point, where the Russian pipeline and the Turkish pipeline go to Europe, may also be a point where Iranian gas pipelines may be accessed by Europe."

The Turkish Stream is not the only route Iran might utilize for gas deliveries, Ramezani also reportedly said. Other routes include the Black Sea, Iraq, Syria, and the Mediterranean, he said, adding that an analysis to choose the 'best route' will be conducted based on norms and economic cost efficiency.

On 2 April 2015, the P5+1 and Iran, meeting in Lausanne, Switzerland, reached a provisional agreement on a nuclear program framework. Once the deal is finalized and implemented, the Western countries are expected to lift most of the sanctions.

Iran, which owns the world's second largest natural gas reserves, has been crippled by international sanctions as well as its inability to access foreign investment, which would give it the opportunity to explore new fields and develop refineries. Gas exports from Iran would have a global impact on gas industry, should the country return to the market.