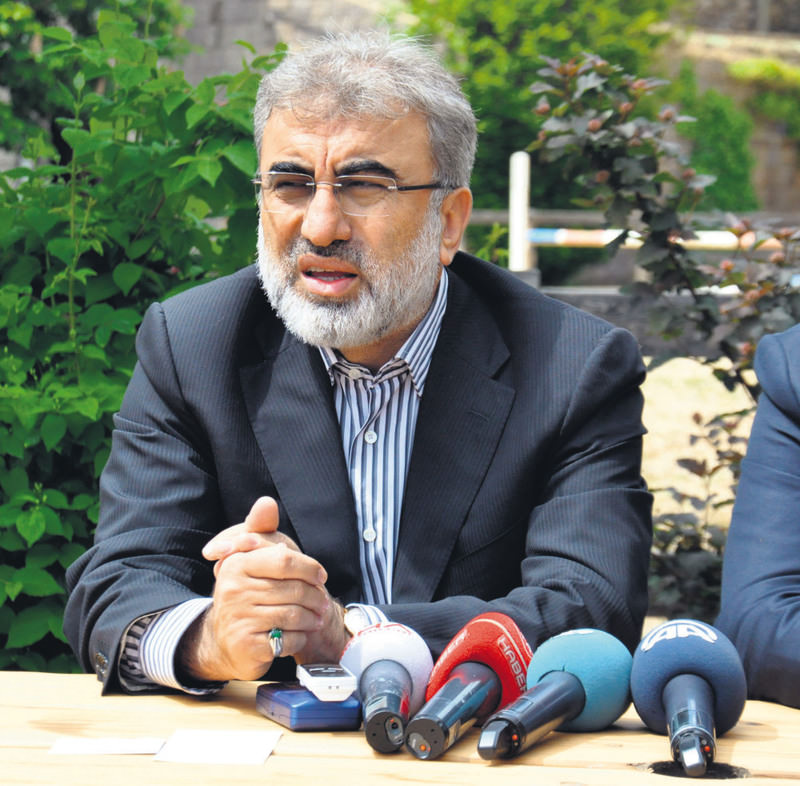 Yıldız, who cannot run as a parliamentary candidate in the upcoming general elections because of the three-term rule of the Justice and Development Party (AK Party), said that Russia previously received permission and coordinates of the pipeline that will go from the east to the west of the Black Sea. Russia needs to get permission regarding the coordinates of the route of the 190-kilometer pipeline.

Last December, Russia scrapped the South Stream pipeline project that would have transported natural gas to Europe and brought forward the four-line and 63 billion-cubic meter project that will bypass Ukraine and reach the Turkish-Greek border through the Black Sea.

During an interview with Reuters, Yıldız said that necessary the permission will be given if the relevant conditions are fulfilled regarding the first part of the pipeline, adding that Russia might start the construction of the first line as soon as the information about coordinates is obtained and ongoing negotiations reach an agreement.

According to Yıldız, 14 billion cubic meters of natural gas, which flows to Turkey through Ukraine through the western line, will flow through the new pipeline and will increase to 15.75 billion cubic meters. Turkey will not have made a new gas agreement, but it will have renewed the old pipeline, Yıldız said. A project company will be established for the first part of the Turkish Stream, Yıldız said, continuing that the shares of Turkey and Russia in the project will be discussed. Turkey intends to jointly cover the expenses with Russia.

He further said that in early 2016 they will start negotiations regarding the renewal of the contract that concerns the gas Turkey receives from the western line that will expire in 2021. "If we can reach an agreement, the contract will be extended," Yıldız said, explaining that Turkey did not ask Russia to increase the amount of gas and Russia did not offer anything in this regard.

Russia is still a major gas supplier for Turkey. Yıldız said that no steps have been taken regarding the other three lines of the Turkish Stream, adding that Russia may take steps to construct them if Europe places an order for gas from Russia. The matter concerns the EU and Russia, he said.

Energy and Natural Resources Minister Taner Yıldız said that two companies from the private sector were conducting negotiations to buy natural gas from Turkmenistan, and that some ground has been gained in this process. "The private sector wants to buy 2 billion cubic meters of natural gas annually from Turkmenistan and we are thinking positively about this project. We also negotiated with Iran on this matter and Iran agreed. Since there is no direct pipeline in Turkmenistan, the gas would be brought through a swap," Yıldız said. Explaining that Turkey's state-owned energy company BOTAŞ will not bring gas from Turkmenistan with the old contract that was signed in 1999 and used to bring 15.6 billion cubic meters of gas annually, Yıldız said that the contract was out of date. He said that they did not lean toward BOTAŞ making a new contract to liberalize energy market and added: "We don't want BOTAŞ to make new contracts including Turkmenistan. The share of the private sector is 20 percent right now and we want this share to increase. We want to make agreements with Turkmenistan for eight to 10 billion cubic meters of natural gas via the private sector in the fullness of time."
Last Update: Jun 06, 2015 3:57 pm
RELATED TOPICS