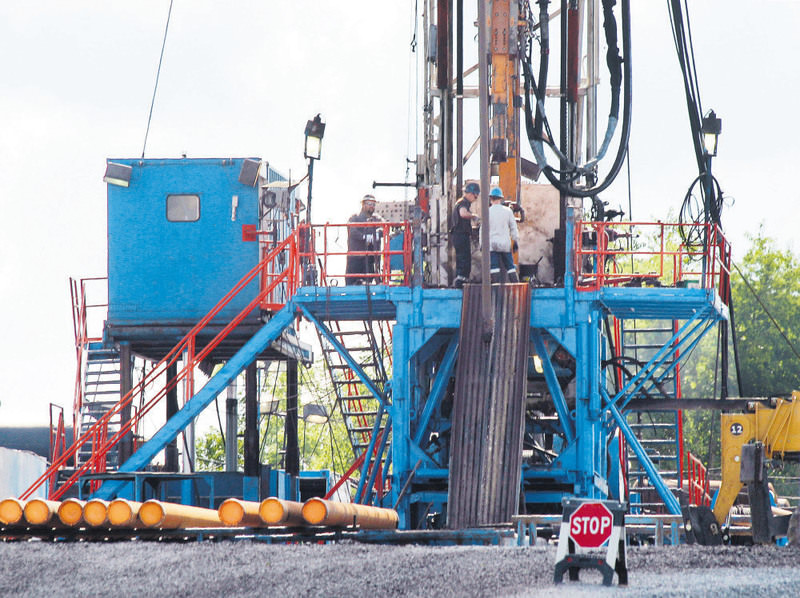 by Jun 08, 2015 12:00 am
OPEC's announcement that it is keeping crude output levels unchanged again, despite a collapse in oil prices, reflects the growing influence of booming U.S. shale, but analysts say the cartel is still the dominant player. The 12-nation OPEC switched its production strategy in November to push down prices and hurt high-cost U.S. shale producers, who need elevated prices to make their operations profitable. OPEC ditched its traditional role of supporting higher prices to boost revenues and instead left its output ceiling unchanged at 30 million barrels per day (bpd) despite the collapsing oil market and a stubborn global supply glut that is fuelled partly by U.S. shale.

The policy was extended last Friday when the cartel of producers from Africa, Latin America and the Middle East decided to leave the taps open, sparking questions from some quarters about the increasing influence of U.S. shale on the oil market. OPEC pumps a third of the world's crude oil. "OPEC members continue to play a key role in the current conditions of the oil market," said Myrto Sokou, a senior energy analyst at Sucden brokerage in London. "We cannot necessarily say that OPEC is losing its price influence on oil prices to the U.S. shale production. OPEC still has very significant influence over the current crude oil prices. "However, the U.S. shale oil production has continued to increase strongly during the last few months and it is definitely something we need to keep an eye on in the near term."

The U.S. has significantly ramped up its production of oil extracted from hard-to-reach shale, or sedimentary rock, now producing 5.0 million bpd, making the country far less dependent on imports from the crude-rich Middle East. But Capital Economics commodities analyst Thomas Pugh also downplayed talk that the U.S. shale boom could weaken OPEC's standing. "I don't think it's fair to say that OPEC is losing influence to the United States," Pugh told Agence France-Presse (AFP). "Production in the two regions is managed very differently. OPEC can take strategic decisions to manage output to manipulate prices whereas U.S. production is controlled by hundreds of small firms that manage production based on market conditions." He added: "Obviously, OPEC as a group still controls a much larger share of the market than the U.S., but if the U.S. could act as one oil producer in the same way that the Gulf states do, it would make it significantly more powerful."
Last Update: Jun 08, 2015 1:26 am
RELATED TOPICS