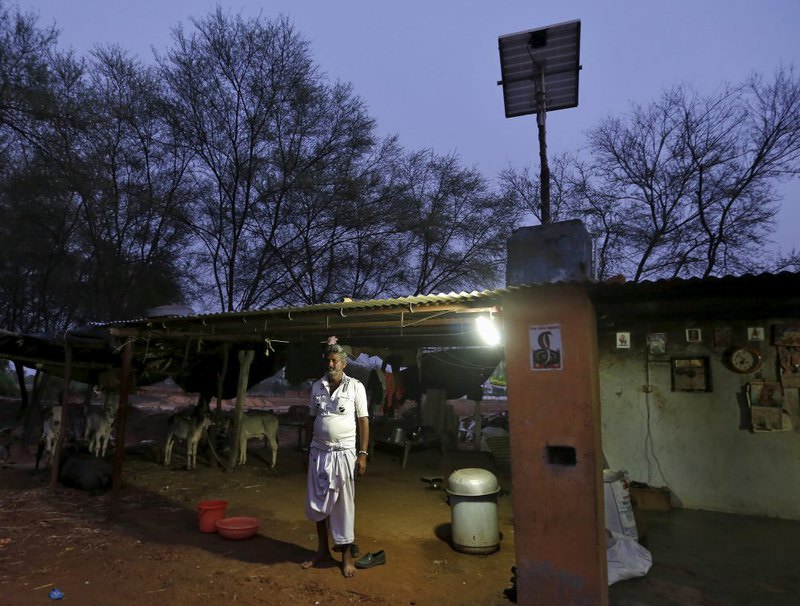 by Jul 02, 2015 12:00 am
India's $100 billion push into solar energy over the next decade will be driven by foreign players as uncompetitive local manufacturers fall by the wayside, no longer protected by government restrictions on the sector. The money pouring into India's solar industry is likely to be soaked up by foreign-organised projects such as one run by China's Trina Solar - not the country's own solar panel manufacturers. Last week, Softbank became the latest foreign player to enter India's solar market, leading an investment of up to $20 billion. The Japanese firm said it would consider making solar panels locally, but with Taiwan's Foxconn rather than a local manufacturer.

Many Indian solar panel producers have benefited over the past six months from a surge in demand for panels not yet fulfilled by foreign companies. But their small scale and outdated technology will quickly make itself felt when the global players arrive. "The smaller manufacturers of India, especially the cell manufacturers, will be adversely hit because they are unable to compete both on technology and even on price structures," said

Jasmeet Khurana at solar consultancy Bridge To India. India's solar panel makers can no longer turn to the Indian government for help. The government is more concerned about creating jobs quickly and ensuring plentiful power supply in a country known for its many blackouts. India, in contrast to Chinese and German efforts to protect local producers, has scrapped most restrictions on where equipment that turns sunshine into energy is bought. Last year, it dropped an anti-dumping duty on panel import. Foreign players making panels in India are expected to compete with local manufacturers to fulfil so-called domestic content requirements for government projects. Trina has unveiled plans for a $500 million plant and U.S.-based SunEdison is investing up to $4 billion in a manufacturing facility. Both are tying up with Indian power firms to build the plants. India has said it expects peak power demand to double over the next five years from around 140,000 megawatts today. To help meet that demand, 100,000 MW of new capacity is to come from solar panels, and of that it wants at least 8,000 MW to come from locally-made cells. Foreign players manufacturing in India will probably win the bulk of those orders.

Indian rivals like Indosolar and Moser Baer produce panels, but they cost 8 to 10 percent more than foreign producers, Khurana said. It is not yet clear which foreign firms will emerge as the winners, with most of the facilities years away from being built and the big tenders for huge solar parks touted by the government still to be awarded. But those who can quickly build scale will be the most able to compete on cost. First Solar is to build 5,000 MW of solar power before 2020, but will rely on imported panels for now because it is cheaper to buy component parts internationally where they are more readily available. As for some of India's small panel makers, they are looking to complement the efforts of foreign players instead of trying to derail them. Maharishi Solar, a small manufacturer based in Delhi, is looking to tie up with a foreign company, the company's head Ajay Prakash Shrivastava told Reuters. "The Indian manufacturers do have a disadvantage," he said. "We are trying to find a partner who can bring in the latest technology."