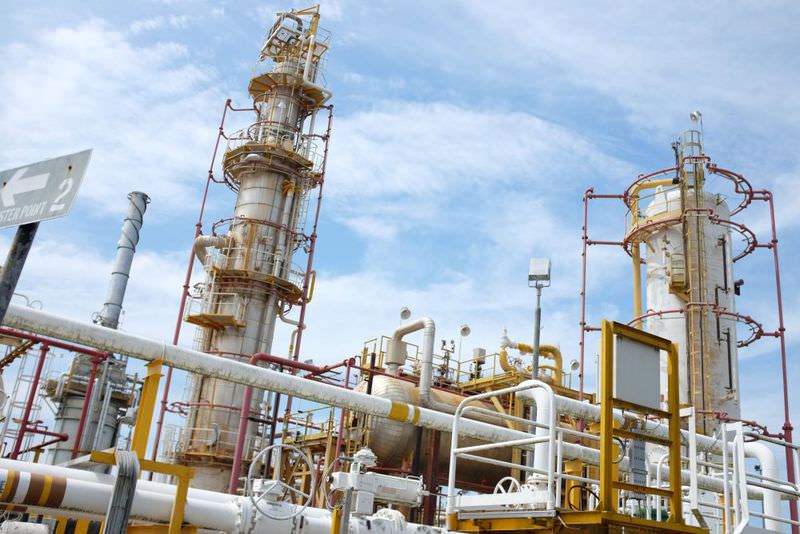 by Jul 12, 2015 12:00 am
Indonesia is seeking to rejoin OPEC to gain access to cheaper oil supplies as demand soars and domestic production falls, but critics say the move is an unwelcome distraction from efforts to overhaul the country's troubled energy sector. Resource-rich Indonesia, Southeast Asia's largest economy, was part of the Organization of the Petroleum Exporting Countries (OPEC) for almost 50 years until suspending its membership in 2009 after becoming a net oil importer. The switch to becoming an importer came as domestic demand soared and output dropped due to a lack of investment from foreign companies, put off by complex regulations, corruption and growing economic nationalism.

With oil imports surging as the economy booms and the energy sector still in urgent need of reform, the government is looking for cheaper supplies, and has taken an unusual step for an oil importer of requesting to rejoin the 12-member exporting cartel. "It is only natural that we should build relations with exporters," Energy Minister Sudirman Said said before heading to an OPEC meeting at the organization's headquarters in Vienna last month, where he was seeking to have the suspension lifted. After the meeting, the energy ministry said that some OPEC members had backed Indonesia's rejoining.

OPEC has refused to comment, but analysts said the group, which has members from the Middle East, Latin America and Africa, is likely to welcome an applicant from Asia. "We understand the application is viewed favorably because Indonesia would again provide OPEC with a member nation in Asia and thus broaden the geopolitical base of the group," Ann-Louise Hittle, vice president of Macro Oils research at Wood Mackenzie, told Agence France-Presse (AFP).

The OPEC statute states that "any country with a substantial net export of crude petroleum" can become a full member. But it also says associate membership is possible for countries who do not qualify as full members, the course Indonesia is likely to pursue, analysts believe. Observers also say Ecuador already set a precedent for Indonesia by suspending its membership in 1992 and rejoining in 2007. But some observers questioned the wisdom of the move, suggesting that trying to rejoin OPEC and source cheaper supplies from outside Indonesia could slow the momentum of the government's attempts to reform the corruption-tainted domestic oil and gas sector. When reform-minded President Joko Widodo took power last year, he set up a team to look at overhauling the sector, which critics have said is plagued by a shadowy "oil mafia" who skim off huge, illicit profits.

Some progress has been made. In May, state-owned energy company Pertamina said it would disband its oil-trading arm Petral, which supplies one-third of the country's daily oil needs but has been dogged for years by concerns about a lack of transparency. But the reform team, which undertook a six-month assignment to assess the sector, made other recommendations, such as shifting to a newer type of cleaner burning, more efficient petrol, and there are fears such efforts could be stymied by the new focus on OPEC. "What is the use of Indonesia approaching OPEC, even if only as an observer?" wrote Faisal Basri, the former head of the government's reform team, on his blog, and added the country appeared to be "just giving up."

Reform is seen as urgent. During its heyday in the 1990s, Indonesia produced close to 1.6 million barrels of oil per day, which easily covered demand and left plenty more for export. But by last year, Indonesia was importing 689,000 barrels a day to cover its domestic needs, the bulk of which was for transportation, Benjamin Tang, a senior analyst for Wood Mackenzie's Asia Pacific Refining research service, told AFP. Some have called for Indonesia to wean itself off oil to help ease the looming supply crisis - but there seems little chance of that, with many new cars and motorbikes hitting the roads every day as the middle class rapidly expands.

To make matters worse, decades of generous government subsidies have made Indonesians used to cheap fuel. The payouts were slashed almost entirely this year, as low global oil prices naturally helped to keep pump prices down, but there are already suspicions the government is quietly reintroducing small subsidies as oil prices creep back up. While some fear the move towards OPEC could hamper reforms, others believe it simply makes no sense for a net oil importer. "If you want to join a car club," said Komaidi Notonegoro, head of energy research group ReforMiner Institute, "You have to have a car."
Last Update: Jul 12, 2015 8:05 pm
RELATED TOPICS