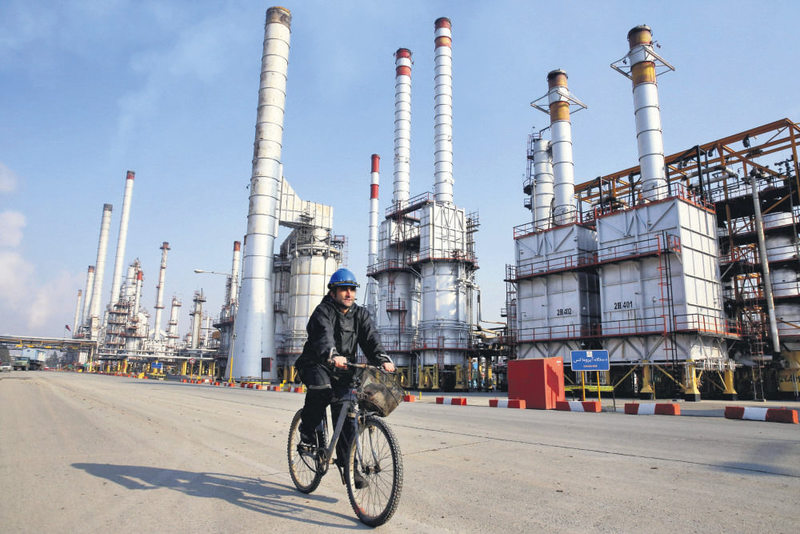 One of the biggest impact of Iran's nuclear deal is expected affect on energy distribution. Although Iranian oil prices are higher than the market average, Asian refiners are ready to purchase more crude oil from Iran

Asian refiners are set to buy more crude oil from Iran once they receive word on when sanctions will be lifted, expecting Tehran to price its oil competitively as it tries to rebuild market share in an oversupplied market. World powers and Iran finally struck a deal on Tuesday after more than 20 months of talks, setting in motion the eventual lifting of sanctions on Iranian oil exports in exchange for curbs on the Islamic nation's nuclear program. Iran has said its priority destination for selling its crude is Asia, not surprising since China, India, Japan and South Korea are its largest customers. The four have sometimes been the country's only crude customers since toughened sanctions were put in place in early 2012.

Tuesday's nuclear deal sparked a flurry of checks among Asian governments and refiners to clarify when they will be allowed to import more oil from Tehran.

"If the nuclear deal permits, we will increase our purchases," an official from India's oil ministry said. "There are refiners like HMEL (HPCL-Mittal Energy Ltd) who want to buy Iranian oil."

B. K. Namdeo, who heads refineries at Hindustan Petroleum Corp Ltd, said: "We will look at buying Iranian oil if, after the deal, insurance is available for my refineries and Iran continues to offer discounts on crude sales and shipping."

For Iran to increase oil exports though, it needs relief from measures that block its access to global funds transfers and embargoes that prevent ships carrying Iranian oil and refineries processing it from being insured.

"An increase in Iranian oil exports can only occur once sanction relief occurs, tentatively in early 2016," Goldman Sachs analysts said in a note. Exports would also increase as floating storage of between 20 million and 40 million barrels is drawn down, the bank said.

Asia imported 1.2 million barrels per day of crude from Iran in May, the highest this year, with top buyer China already importing more than pre-sanctions levels. Still, Iran will have to compete in an oversupplied market where there are cheaper and better grades available, Asian refiners said, although there are indications that Tehran could attract new customers seeking to diversify their supply sources. A trader with a North Asian refiner which stopped imports from the Gulf producer since June said the company is still verifying with its government whether it can increase imports in the fourth quarter.

Iranian crude has become more expensive than oil from other Middle East producers, who are also competing to maintain their market share in Asia, traders said. Asia is also buying better quality crude from Africa and Latin America at depressed prices due to lower demand from the United States. A trader with a Chinese independent refiner said: "We are interested, but it is not cheap so we'll wait and see." In South Korea, a source at one of the two refiners that import Iranian crude said his company is waiting for details of the agreement, but that more crude supply could help "improve margins in the long run." South Korea's top refiner SK Energy has said it will import Iranian fuel oil once sanctions are lifted.

Discussions for next year's term supply will commence in the fourth quarter when refineries finalise processing schedules for 2016, trade sources said. The trader with the North Asian refiner said his company could gradually return Iranian crude imports back to pre-sanctions levels although any further increase would be subject to its processing needs. Japan, however, is unlikely to raise its annual imports of Iranian crude because the prices asked are relatively expensive for the quality of the grades and domestic demand is falling, refinery sources said.