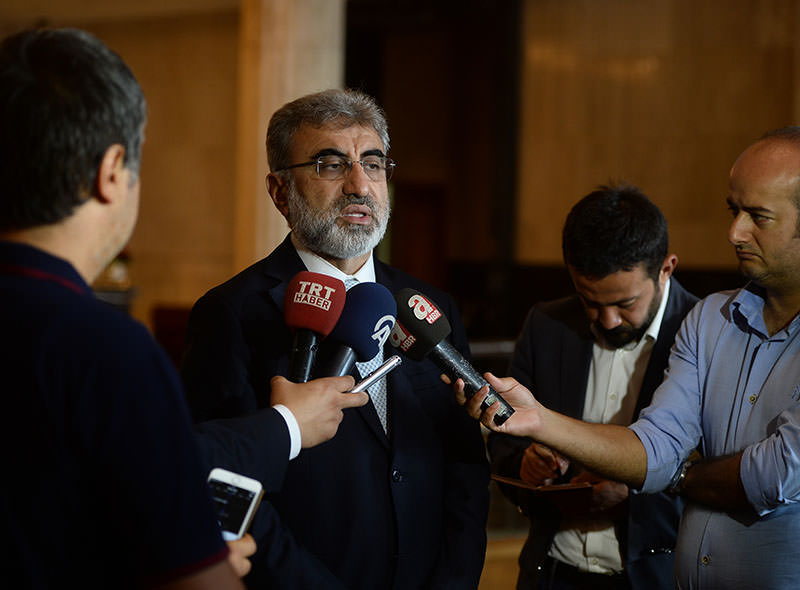 | AA photo
by Anadolu Agency Aug 01, 2015 12:00 am
Turkish Energy Ministry has no plans for an increase in electricity and natural gas prices in August, which will remain at the current levels in Turkey, Turkish Energy Minister Taner Yıldız has said.

"Despite a seven to eight percent increase in natural gas purchase prices due to the appreciating U.S. dollar, the ministry will not raise the natural gas prices. Both electricity and natural gas prices, which are in effect for June, will remain the same in August," Yıldız said during an official visit to Indonesia with Turkish President Recep Tayyip Erdoğan on Saturday.

About the 10.25 percent Russian gas import discount offer, Yıldız said that the appreciating U.S. dollar had created nearly 20 percent increase in gas purchase prices and the seven to eight percent price difference after subtracting the Russian discount would not be transferred to the consumers and would be subsidized by state-owned gas distributing company BOTAŞ.

"We authorized the Russians for engineering and route surveys for the project. We expect to finalize the negotiations and sign an agreement in August," Yıldız said.

A retroactivity mechanism, which will affect the import prices dating from January 1, 2015, will also come in effect, the minister added.

The Turkish side finds the Russian offer unsatisfactory and maintains that the deep dive in oil prices in recent months should pave the way for a better discount.

Being a net importer of natural gas, Turkey subsidizes the price of natural gas, which is widely used for heating during the winter in the country. The energy-hungry country strives to diversify its gas imports to avoid too much of a dependence on any single source country like Russia, Iran and Azerbaijan.

Russia, which provides nearly 60 percent of Turkey's natural gas imports, offered a pipeline project that will carry 63 billion cubic meters of Russian gas to Europe and Turkey via Turkish soil in late December.

However, the Turkish and Russian officials encountered several complicated problems, including a satisfactory discount rate for Turkish gas exports. The two sides have not signed an official agreement yet and the negotiations are still ongoing.
Last Update: Aug 01, 2015 1:57 pm
RELATED TOPICS