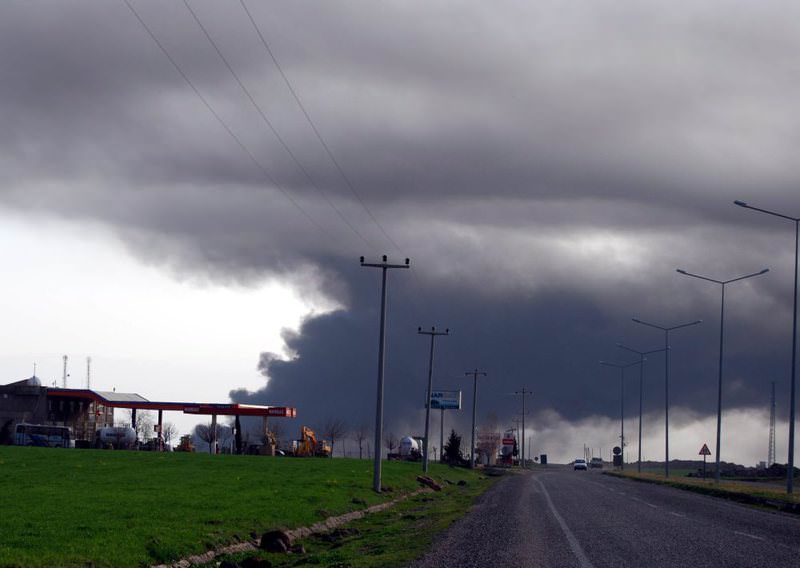 The PKK terrorist organization targeted Turkey's oil and natural gas pipelines in its latest attacks. The time of the attacks are meaningful as Turkey is becoming an enery hub while the world discusses energy supply security. Measures are being taken to prevent setbacks caused by terrorism

Turkey is located between major energy producers in the Middle East and the Caspian region, which hold 75 percent of the world's oil and natural gas resources, and major energy consumers in Europe. This unique location has reinforced Turkey's potential role as an energy hub. Likewise, the U.S. Energy Information Administration (EIA) stressed in its latest report, which was released recently, that Turkey is becoming an increasingly important transit hub for oil and natural gas supplies as they are transported from Central Asia, Russia and the Middle East to Europe and other Atlantic markets.

Turkey already has achieved some of its potential in becoming an important hub for oil and gas transportation through pipelines, and the country plays a critical role for Europe as it are aims to diversify energy suppliers of natural gas. This goal, however, is a challenging one to accomplish.

In the past two weeks, PKK terrorists thrice sabotaged various oil and gas pipelines. In July, the Iran-Turkey natural gas pipeline in the southeastern province of Ağrı, which delivers an estimated 10 billion cubic meters of gas annually, was sabotaged and had to be shut down for five days. Two days after this incident, on July 29, the Kirkuk-Yumurtalık oil pipeline, which has transportation capacity of 1.6 million barrels per day, in the southeastern province of Şırnak was subject to an assault. The pipeline to Ceyhan restarted early on Aug. 5 after staying offline for more than a week due to the sabotage. The third incident occurred on Aug. 4, as PKK militants attacked the Baku-Tbilisi-Erzurum pipeline, which has capacity to transport 8.8 billion cubic meters annually, in the Sarıkamış district of the northeastern province of Kars.

In order to prevent future sabotage, Turkey will deploy thermal cameras and horseback patrols to heighten security around key oil and gas pipelines to safeguard the strategically important energy supplies. While the effectiveness of these measures is to become clear in the coming days, increasing attacks raise the question of possible physical risks, a key element in the energy security.

According to the International Index of Energy Security Risk 2015 Edition Report, published by the U.S. Chamber of Commerce, Turkey's energy security risk score was 1,087. The Organisation for Economic Co-operation and Development (OECD) average risk index is calibrated to a 1980 base year figure of 1,000, with a higher number meaning higher risk. The OECD average score was 912. Brazil's score was 1,307, Indonesia's was 1,164, Japan's was 1,088 and Italy's was 1,043. Moreover, according to the rankings for 25 large energy-consuming countries, Turkey is 14th while the Netherlands is 16th, Brazil 20th and Ukraine 25th. The latest figures show that compared to other important energy player countries in the world, Turkey's energy security is not a big concern and the country still maintains its position as a reliable energy partner for Europe and the rest of the world.
RELATED TOPICS