Japan set to return to nuclear power on Tuesday 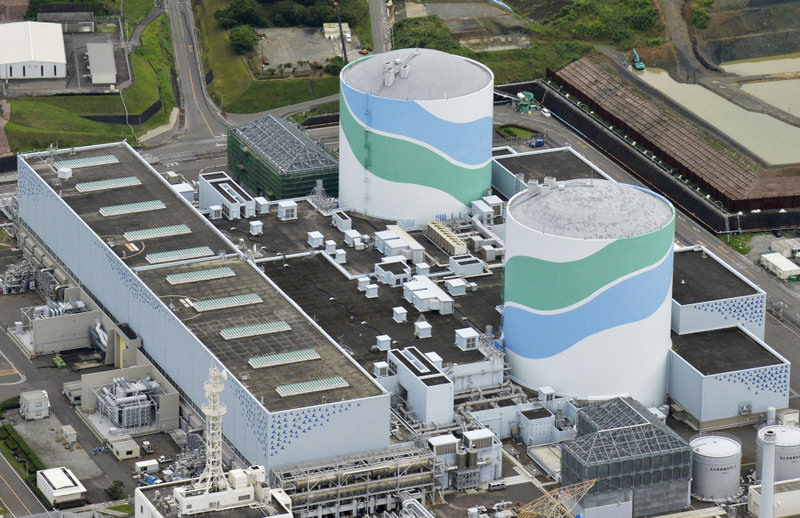 by Aug 11, 2015 12:00 am
Japan is set to restart a mothballed nuclear reactor for the first time in two years on Tuesday, the operator said, as anti-atomic sentiment still runs high following the 2011 Fukushima crisis. The No. 1 reactor at the Sendai Nuclear Power Plant, nearly 1,000 kilometers southwest of Tokyo, has been loaded with atomic fuel and its operator, Kyushu Electric Power, announced yesterday the reactor would be running by 10:30 a.m. local time today.

The reactor, which was constructed 31 years ago, is expected to reach full operating capacity by "around 11:00 p.m." today, a Kyushu Electric Power spokeswoman said. The restart comes four-and-a-half years after a quake-sparked tsunami triggered meltdowns at the Fukushima plant, prompting the shutdown of the country's stable of reactors.

Japan, which once relied on nuclear power for a quarter of its electricity, restarted two reactors temporarily to feed the resource-poor country's needs. But they both went offline by September 2013, making the country completely nuclear-free for about two years. The government of Prime Minister Shinzo Abe is keen to get them back up and running, as are the power companies that own them, fed up with having to make up lost generating capacity with pricey fossil fuels. But Japan's people are skeptical and the country remains deeply scarred by Fukushima, which forced tens of thousands of people from their homes. Safety officials have stressed that the reactors are going to operate under much tighter regulations than those that existed before Fukushima, the worst atomic disaster since Chernobyl in 1986. But public sentiment remains largely against a return to nuclear power. About 400 protesters rallied on Monday in front of the Sendai plant, which is on the southern tip of Japan's Kyushu Island. "I can never tolerate this," one demonstrator told local television. "I cannot stand [that] they are resuming the reactor when the Fukushima nuclear accident remains far from being [re]solved."
RELATED TOPICS