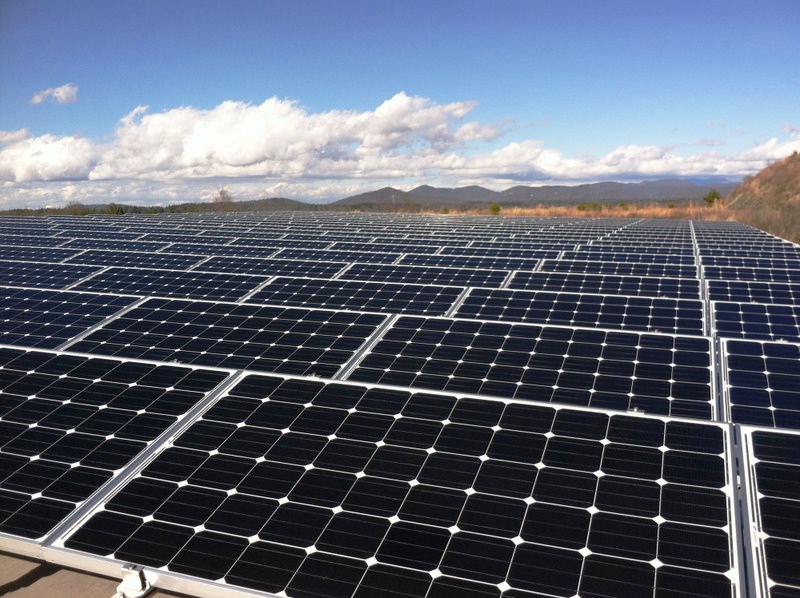 A 100 percent income tax break for 10 years along with a 100 percent investment tax allowance for capital expenditures has persuaded solar manufacturers to relocate to Malaysia.
by Aug 18, 2015 12:00 am

Less than 10 years after it began manufacturing solar cells, Malaysia has become the world's fourth-largest producer, but some competitors see underhanded tactics in the country's rapid success

Malaysia's rapid ascent as a solar energy equipment manufacturer has triggered allegations of underhanded strategies. The country, which did not have a solar industry before 2007, was the world's fourth-largest producer of solar cells last year behind China, Taiwan and Japan. Its fast growth is mainly attributed to the influx of multinational corporations, including the U.S.'s First Solar, Taiwan's AUO Sunpower, Germany's Hanwa Q Cells and Japan's Panasonic Energy.

In the past two years, the government has granted five other foreign companies permission to set up their own production plants, the Malaysian Investment Development Agency (MIDA) said. But competitors cast are leery of Malaysia's solar sector. The Ministry of International Trade and Industry said it is working with the European Union on allegations that Chinese manufacturers have re-labelled their products "Made in Malaysia" to circumvent EU requirements imposed on Chinese solar products.

The Office of the U.S. Trade Representative has also expressed concern about generous tax breaks granted to foreign investors, including solar energy manufacturers. It asked Malaysia to provide details of how it works so that other countries can assess whether the tax breaks violate a World Trade Organization ban on export subsidies. The government says solar companies are attracted to Malaysia because of the country's vibrant semi-conductor manufacturing sector, a process similar to that of making solar cells.

"This makes Malaysia a perfect fit for the solar industry to build upon," MIDA said. Other factors contributing to Malaysia's rise are a combination of low-cost labor with the availability of skilled engineers, according to Song Eng Eng, an analyst at EXIM Bank Malaysia.

A 100 percent income tax break for 10 years, along with a 100 percent investment tax allowance for capital expenditures, has persuaded solar manufacturers to relocate to Malaysia, Song said. The subsidies provided to attract foreign investments are within international trade rules, the government said.

"Just like in other promoted sectors, Malaysia provides incentives in the form of corporate tax exemptions to all eligible enterprises engaging in solar industry on a non-discriminatory basis," MIDA said. Malaysia's solar industry has also benefited from a trade war between the U.S. and China in the solar manufacturing sector, it said.

When the U.S. government imposed higher tariffs on solar manufacturers from China and Taiwan a year ago, there should have been "no surprise" that these manufacturers would seek new sites for their export markets, MIDA said.

Chinese energy giant Jinko Solar has set up a factory in Penang, Malaysia this year in its efforts to diversify its manufacturing facilities, said company spokesman Sebastian Liu. "We like the overall business environment there," Liu said.

The key to continued success in Malaysia's solar industry would be to go beyond manufacturing and exporting cells, and focus on the installation and use of solar energy in the country, said Wei-Nee Chen, chief corporate officer of Sustainable Energy Development

Authority of Malaysia. Expanding the use of solar energy in Malaysia would ensure sustainable growth of the local solar industry and insulate it from the vagaries of the global trade environment, Chen said. The country's internal targets for renewable energy usage are attainable, Chen said, because of cheap production costs and Malaysia's favorable location.

"Malaysia lies in the sun belt, so everywhere you go in Malaysia there is always the sun. You can put PV [solar cells] throughout the country," she said.
RELATED TOPICS