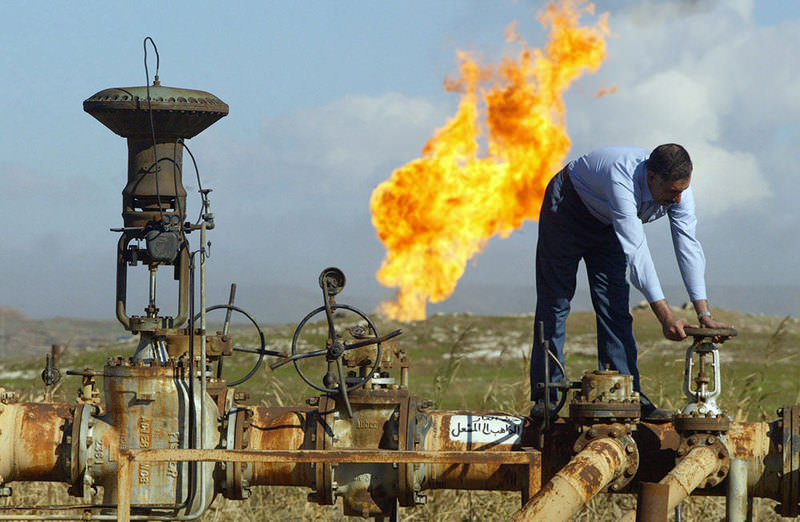 by Daily Sabah with Agencies Aug 24, 2015 12:00 am
A recent article claimed that Israel provided around 77 percent of its oil demand from northern Iraq's Kurdish Regional Government (KRG) in recent months, providing an important source of income for the war torn region.

According to Britain's Financial Times daily, Israel has imported more than 19 million barrels of oil from northern Iraq in the last 3.5 months, which nearly worth $1 billion. Italy, France and Greece have also emerged as big buyers of KRG's oil. Meanwhile, nine percent of Turkey's oil imports are coming from northern Iraq.

The article stressed that Israel recently bought for more than a third of the oil exported from northern Iraq via Kirkuk-Ceyhan pipeline, which is shipped from Turkey's southern Ceyhan oil terminal to Israel.

It is asserted that this trade is being conducted through "secretive pre-pay deals brokered by some of the world's largest oil trading companies, including Vitol and Trafigura." It is crucial as Iraq's central government, like many other countries in the region, refuses to recognize Israel.

"We do not care where the oil goes once we have delivered it to the traders," FT quoted a senior Kurdish government adviser in Erbil, who added that funds from oil sales are being primarily used in fight against ISIS and funding for government employee salaries.