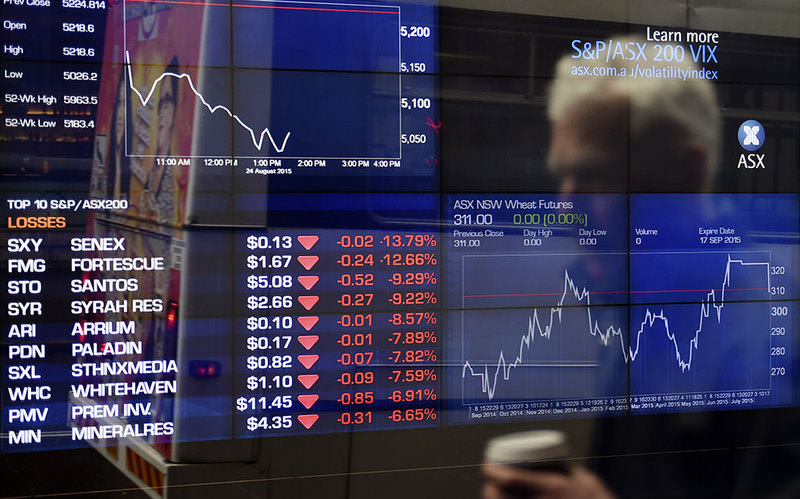 by Aug 24, 2015 12:00 am
World oil prices sank to 6.5-year lows on Monday, with New York crude sliding under $39 on fears over Chinese energy demand and global oversupply.

Brent North Sea crude for October dived in morning London deals to $43.28, last seen in mid-March of the same year.

"For the first time since March 2009, Brent costs less than $45 per barrel and WTI less than $40 per barrel," said Commerzbank analysts in a research note to clients.

"There is no end in sight to the nose dive that oil prices have been experiencing for eight weeks now.

"As far as today's price slide is concerned at least, fundamental data play only a subordinate role, as concerns about China are chiefly responsible this time."

Beijing announced over the weekend that its state pension fund -- which had 3.5 trillion yuan of assets at the end of 2014 -- will be allowed to buy stocks, in the latest attempt to calm the market.

However, Shanghai stocks tumbled almost 8.50 percent in value, wiping out this year's gains and sparking heavy losses in Asia and Europe, as investors remained gripped by panic.

Before the weekend, WTI prices had plunged briefly below $40 on the back of a global equities selloff rooted in poor Chinese manufacturing data.

Concerns that growth is decelerating in the world's number-two economy were fuelled on Friday when the preliminary figure for Caixin's purchasing managers' index for August, a key indicator of manufacturing activity, slumped to a 77-month low.

"Investors are worried about the knock-on effects for global economy."

She added: "Oil investors remain highly cautious following renewed worries over a serious slowdown of Asian oil demand in the second half of 2015."