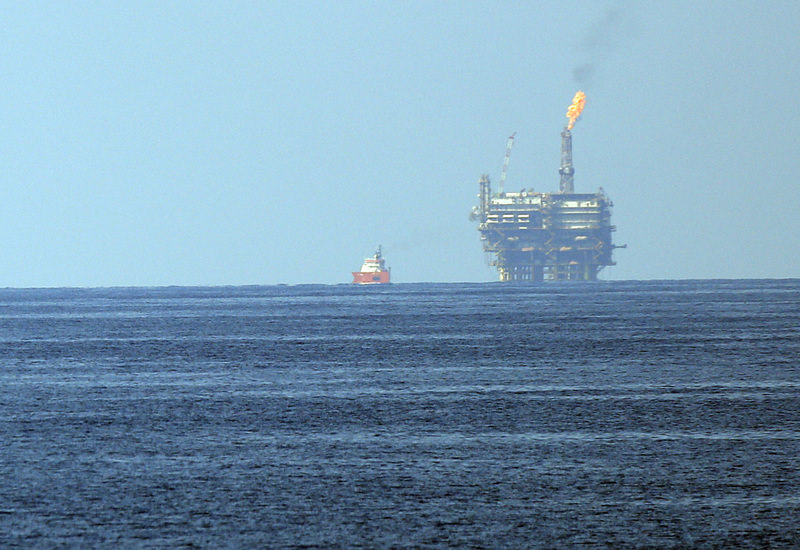 The supergiant natural gas field found off Egypt's Zohr-Mediterranean shore has reawakened the discussions on the possible transition routes for Egypt, Greek Cyprus an Israel, with Turkey being the most advantageous one

Earlier this week the world energy market was shaken after Italian energy company Eni announced that it had discovered as much as 30 trillion cubic feet of gas in the Zohr- Mediterranean off Egypt's shore. According to the company, the Zohr field covers around 100 square kilometers and is approximately 1,450 meters below ground.

The discovery, which is the largest ever discovered in the Mediterranean, is considered a "game changer." Share prices of companies such as Noble Energy and Delek, which are developing gas fields in the Leviathan, Israel, tumbled right after the announcement by Eni but were restored after a statement by an Egyptian official that confirmed there will be no changes in the country's plan to buy Israeli gas until 2020.

Eni is the sole license holder for the Zohr field and the company could potentially be coming on stream by 2020. The company will likely sell most of the fuel to Egypt's domestic market, moreover some of the output could also be shipped to Italy and other Mediterranean countries.

While Egypt seems to benefit most from the discovery, the fields are far beyond Egypt's borders. Up until the discovery of this reserve, it had been proven that Israeli reserves and, although negligible, Cypriot reserves existed in the Eastern Mediterranean. It appears as though Egypt is becoming an actor in the industry now and will, in a sense, prevent Israel from dominating the Eastern Mediterranean energy market. In Israeli public opinion and the discourse of its politicians there was extreme exaggeration regarding the prominence of their own reserves in the regional and global industry. With Egypt being a natural gas producer, we can predict that Israel will adopt a more rational discourse and strategy in this area.

On the other hand, as the increase in the total number of reserves in the Eastern Mediterranean will enhance the export capacity, we can say that this will render Turkey, the closest large market, and the EU more significant for the producers in the region. It appears as though the rationality of the project of Israeli gas reaching European markets via a gas pipeline from Israel to Turkey joined with the Trans-Anatolian Pipeline Project (TANAP), which will carry Azeri natural gas to Europe via Georgia and Turkey, has become considerably greater.

The EU, which is endeavoring to reduce its dependency on Russian energy, and the U.S., which is dragging Russia into crisis via sanctions after Russia's annexation of Crimea, are yearning to use the Eastern Mediterranean reserves as a tool to enhance the energy diversity of the EU and weaken Russia. While the discovery of new reserves will render this tool even more effective, both the EU and the U.S. will want to use this tool against Russia in a more efficacious manner.

After the discovery of the Leviathan field, Israel's main strategy was to export the majority of the production to Egypt via two LNG terminals, which are owned by BG and Union Fenosa, and are already idle. Another option, which less preferable, was to build an undersea pipeline to Turkey and exporting the gas to the European market via Turkey. However, Israel may have to revive this strategy and consider the pipe option more serious after the new discover in Egypt.

From an international relations perspective, this discovery may also increase the need for international cooperation in the Eastern Mediterranean. Last year, Egypt, south Cyprus and Greece and Israel have intensified their cooperation in the energy sector and these four nations became allies that oppose Turkey. However, the stance of this quadruple alliance against Turkey, which is likely to be the main route for the Israeli and Cypriot gas, would appear unsustainable after the Egyptian discovery.

The reconciliation talks in Cyprus have gained momentum and an Israeli-Turkey normalization agreement is expected to be sealed after Turkey's elections on Nov. 1. Although the conditions for the Turkish and Egyptian diplomatic normalization are not mature yet and seem a remote possibility, in the coming years we may witness this normalization between two major countries in the region. Thus with the push for the economic realities, the Eastern Mediterranean may have a long-desired peace.
RELATED TOPICS