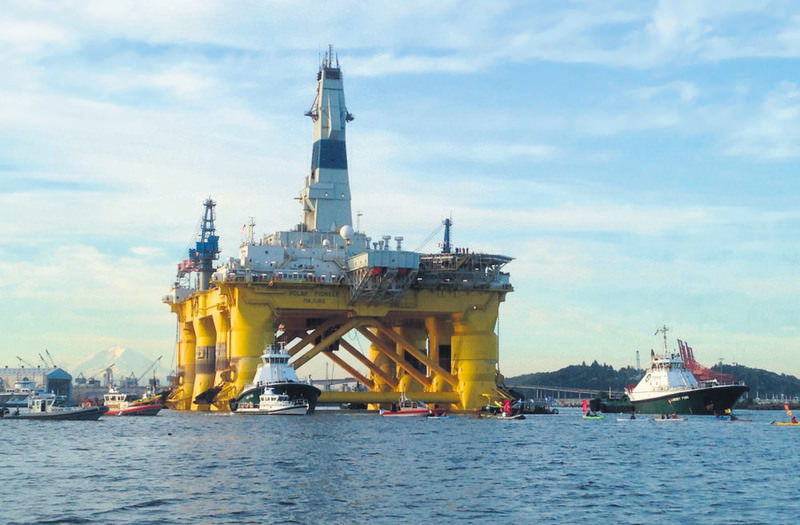 by reuters Sep 29, 2015 12:00 am
Royal Dutch Shell has abandoned its Arctic search for oil after failing to find enough crude in a move that will appease environmental campaigners and shareholders who said its project was too expensive and risky. Shell has spent about $7 billion on exploration in the waters off Alaska so far and said it could take a hit of up to $4.1 billion for pulling out of the Chukchi Sea for the "foreseeable future". The unsuccessful campaign is Shell's second major setback in the Arctic after it interrupted exploration for three years in 2012 when an enormous drilling rig broke free and grounded.

Environmental campaigners and shareholders have also pressured Shell to drop Arctic drilling. Some are worried an oil spill would harm protected species while others are concerned about the cost after oil prices more than halved in a year. "The entire episode has been a very costly error for the company both financially and reputationally," said analysts at Deutsche Bank, who estimate the Shell's Arctic exploration project could cost the company about $9 billion.
RELATED TOPICS