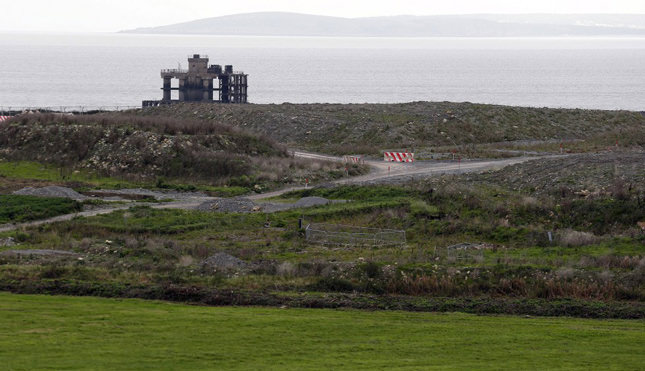 by reuters
Oct 21, 2015 12:00 am
China has agreed to invest 6 billion pounds ($9 billion) in EDF's Hinkley Point nuclear project, Britain's first new nuclear plant in a generation, in return for help to bring its own nuclear technology to the West in a subsequent project.

Chinese nuclear company CGN has committed to financing 33.5 percent of the 18 billion pound project, one of the world's costliest nuclear power stations, which Britain said it needs to replace ageing reactors and polluting coal plants to ensure the lights stay on.

The deal, announced as part of Chinese President Xi Jinping's state visit to Britain, is a boost for French nuclear plant operator EDF and reactor maker Areva which are under pressure to prove their reactors can be built on time and on budget after other projects in Europe were billions of euros over budget and years behind schedule.

"This deal confirms the leadership of EDF and the way we are able to attract investors as demanding as the Chinese investors," Vincent de Rivaz, head of EDF's British unit EDF Energy told reporters.

The project at Hinkley Point will be the first new nuclear plant built in the European Union since 2011 when Japan's Fukushima reactor meltdown sent shockwaves through the world.

EDF was forced to cut 400 jobs earlier this year when site preparations had finished but construction work was not sanctioned to start.

The French utility said it would make its final investment decision in the coming weeks as it works out details of the agreement with CGN.

The Chinese utility has also agreed to help EDF build two more Areva-designed EPR reactors at Sizewell, east England, and EDF has agreed to help CGN win a licence to build a Chinese-designed nuclear reactor in Britain at the Bradwell site, east of London.