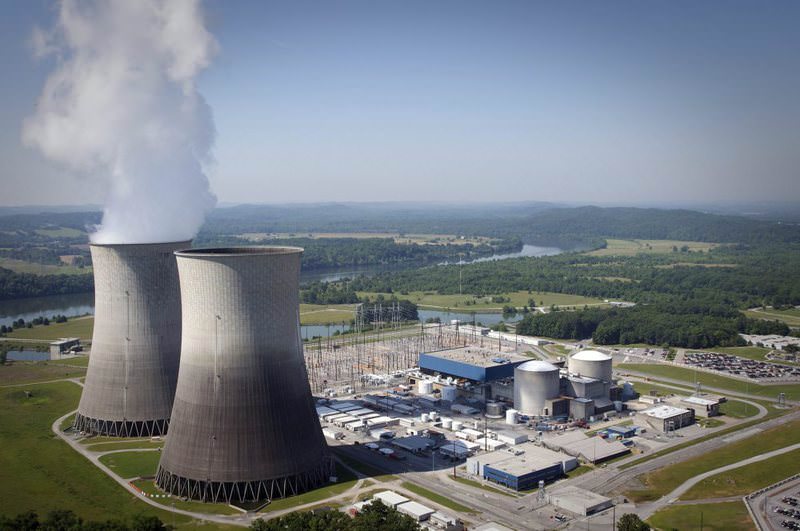 Turkey will need 120,000 megawatt-hours of installed capacity to meet its targets for 2023, which is forcing the country to find alternative ways, like nuclear power, to satisfy energy demand

The state's strategy papers have shed light on why Turkey needs a third nuclear power plant. Calculations indicate that Turkey will need more than 120,000 megawatt-hours of installed capacity as required by its targets for 2023. Considering that Turkey aims to generate at least one-third of the total energy that it will need by 2023 from renewable sources, it will reach around 65,000 megawatt-hours of installed power even if all hydroelectricity plants, with the exception of dams, are included.

Nuclear power has become a topical issue once again after it was revealed that the third nuclear power plant, following the two currently under construction in Akkuyu and Sinop, is likely to be constructed in İğneada, Thrace, which is located in the northwest. In particular, environmentalist circles object to the power plant arguing that it will eliminate the Longoz Forests; however, the state's strategic plans indicate that Turkey will not abandon the plant's construction.

Turkey's installed energy generation capacity has increased to 72,000 megawatt-hours thanks to work conducted by various institutions, particularly the Energy and Natural Resources Ministry. Moreover, the share of renewable energy is expected to rise to 30 percent by 2023. Although the current situation has led to excess supply, calculations disclosed that Turkey's annual electricity requirement will surge to some 450 billion kilowatt-hours (kWh) by 2023 and that the country needs more than 120,000 kWh of installed power to satisfy demand. Even if Turkey can achieve all of its objectives regarding hydroelectric, wind, geothermal, solar and biomass energy sources by 2023, it will fall short of producing the some 65,000 megawatt-hours of power it will need.

Not alternative but supportive

In order to supply electricity for industrial enterprises and houses in an uninterrupted way, electricity needs to be transiently generated from the existing sources. Even a slight derailment leads to the collapse of the system, as experienced on March 31. Some power plants need to produce electricity for at least 8,000 hours a year in an uninterrupted way in order to operate in an effective way. Around the world, nuclear power plants are considered to be the energy sources with the capacity to produce electricity for the longest hours. They are also called base power plants that ensure a country's energy supply security. Turkey has ensured its energy supply security with power plants it established in recent years, and the majority of these plants are natural gas plants, which embed power outages in history. Base power plants will be completed when nuclear power plants are added to others that produce energy from natural gas, lignite and fuel oil.

Reports suggest that nuclear power plants and renewable energy plants are not alternatives to each other but support each other. It is said that the production capacity of renewable power plants is directly related to weather conditions; however, such issues are not determinative in the production capacity of nuclear power plants, which are not also affected by gas shortages experienced during the winter. Geothermal, which is the sole stable renewable energy resource, is insufficient. Therefore, Turkey either has to purchase more natural gas abroad or has to use the abundance of coal it has as well as establish nuclear power plants. The government has decided to evaluate all three alternatives to avoid a natural gas crisis that might be experienced with Syria and Iran during the winter.

Operating hydro and coal power plants at full capacity, reducing the proportion of natural gas plants that consume large amounts of foreign-dependent economic resources and increasing the number of nuclear power plants are cited among Turkey's strategic objectives. Turkey is promoting renewable resources known as "clean and domestic energy" as well, and striving to increase the attraction of such resources by introducing the guarantee of purchases and affordable prices. As a result, investments in renewable energy have increased. Turkey has promised in the strategy plan it offered to the Council of Europe that the current 18 percent share of renewable energy capacity will rise to 30 percent by 2023.
Last Update: Oct 21, 2015 2:25 am
RELATED TOPICS