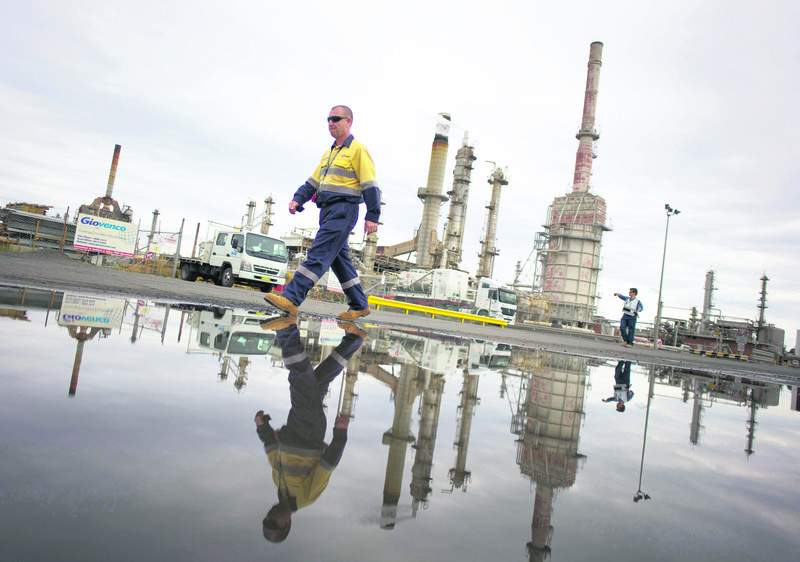 Saudi Arabia has come under increased pressure from fellow OPEC members to cut output to prop up prices as the group meets this week amid one of the most severe oil gluts in its history. OPEC is widely expected to stick to its policies - enforced by Saudi Arabia's oil minister Ali al-Naimi a year ago - of defending market share by pumping record volumes to drive rival, higher-cost producers out of the market. But while the Saudis can claim a partial victory over the U.S. shale oil boom, production from top non-OPEC rival Russia has kept surprising on the upside and its own members Iraq and Iran are set to add new barrels. World oil stockpiles are at a record, according to the International Energy Agency. Venezuelan President Nicolas Maduro on Wednesday said his country, OPEC's traditional price hawk, would push for a 5 percent output cut to shore up prices when OPEC meets on Friday. OPEC is currently producing some 1.7 million bpd above ceiling. "Our (oil) minister Eulogio del Pino will put forth a very clear proposal to respect production ceilings," Maduro said. "The hour has come to put the oil market in order."

Iran has also asked OPEC members to respect the production ceiling of 30 million barrels per day. It wants OPEC to be prepared to accommodate new volumes as soon as Western sanctions on the country are lifted next year.

Oil prices have more than halved to $45 per barrel over the past 18 months due to a U.S. shale oil boom and high OPEC production levels. The decline was steep enough to deal a severe blow to the U.S. oil industry - where production costs are some of the highest in the world.

Oil services giant Schlumberger said on Tuesday it would cut more jobs, adding to 20,000 already this year, citing low oil prices and a growing oversupply. "It has become clear that any recovery in activity has been pushed out in time," said Schlumberger's president of operations Patrick Schorn. But outside the United States the signs of a slowdown in supply are thin. Fresh data on Wednesday showed OPEC's biggest rival Russia held its output steady in November at a post-Soviet high.

Russian output has repeatedly surprised OPEC on the upside over the past year. A year ago, Saudi's Naimi said output from ageing Siberian fields was set to decline: "Others will be harmed greatly before we feel any pain," he said. Moscow has allowed its currency to weaken over the past year to adjust to lower prices and oil firms have ramped up drilling. Last week, U.S. bank Merrill Lynch said Saudi Arabia may have to devalue its currency, pegged to the U.S. dollar, or ultimately cut production to protect its budget revenues.

Several non-Saudi OPEC delegates told Reuters they hoped Naimi would listen to other members, whose finances are much more limited than those of Riyadh and need an urgent boost from higher oil prices. "I hope this time it will be different, but I doubt it will be," one OPEC delegate said. Another delegate said he still saw no indication an agreement on cuts could be reached on Friday.