Iran willing to sell its gas to Europe via Turkey 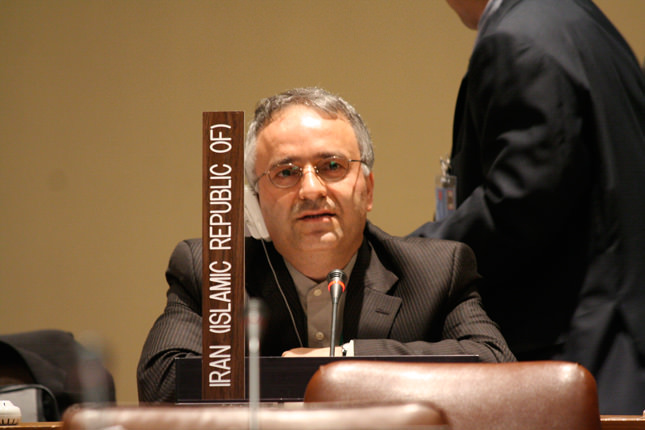 by Daily Sabah Dec 11, 2015 12:00 am
After the elimination of the international sanctions imposed on Iran, it is possible to transport Iranian natural gas to Europe through Turkey, according to Cevad Emin Mansur, the director of Trade and Energy Negotiations under the Ministry of Foreign Affairs of Iran. Speaking to Anadolu Agency (AA), Mansur indicated that following the termination of sanctions, Iran is considering selling its gas resources to European markets. He said: "If there is demand from European markets, it is possible to transport the natural gas via Turkey. There are many factors to lead to such trade, but it is now too early to speak about those factors. We expect the sanctions to be fully eliminated; thereafter, we can consider the marketing of natural gas, the routes and the buyers."

On the other hand, following the cut of natural gas flow to Turkey by half due to harsh weather conditions, Iran declared that it would remain loyal to its commitments. Through the announcement made by the Embassy of the Islamic Republic of Iran, it indicated that it would like to underline it will remain loyal to commitments it made to Turkey regarding the energy issue.

Also, as agencies reported on Wednesday, Turkey's national oil company, Petroleum Pipeline Corporation (BOTAŞ) said that there is "no alarming situation" with regard to the volume of natural gas flowing to Turkey from Iran.

Presidential spokesman İbrahim Kalın touched on this issue on Wednesday at a press conference in Ankara and said" "The problem has been resolved" and "the gas flow [from Iran] is back to its normal level."

Moreover, experts had already stressed that the decrease in the daily amount of natural gas Turkey receives had no connection to the tension between Turkey and Russia, adding that according to the contract signed with Iran, the flow of natural gas into Turkish territories will not decrease from the agreed upon amounts.