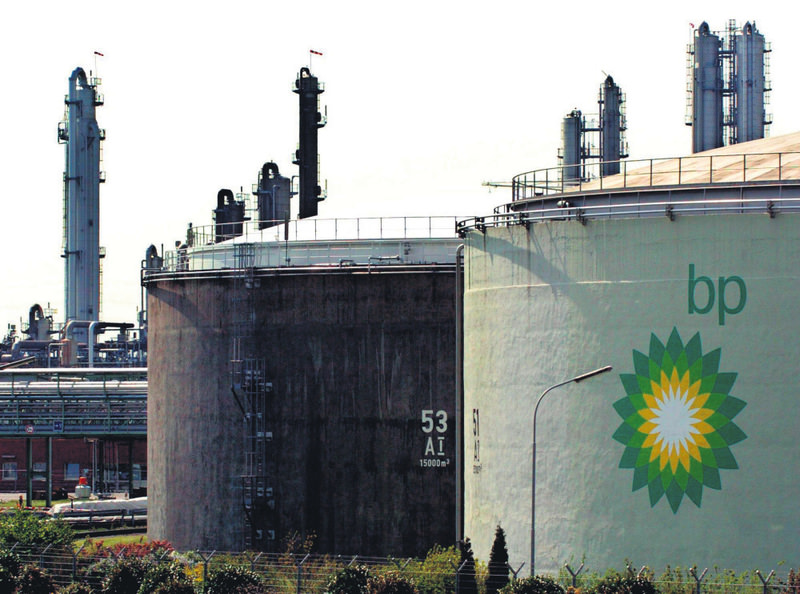 by French Press Agency - AFP Jan 13, 2016 12:00 am
British energy major BP said Tuesday that it will axe more than 4,000 jobs worldwide over the next two years in response to collapsing oil prices. The company said in a statement that it would "reduce BP upstream staff globally from 24,000 to somewhere below 20,000 by year-end 2017." The cutbacks will include 600 job losses at BP's North Sea activities. London-listed energy giant BP had already slashed 4,000 jobs last year as it prepared for a prolonged period of low prices.

Brent North Sea crude prices tumbled to fresh 12-year lows yesterday and have shed more than 15 percent so far this year. The oil market had plunged by 35 percent in 2015, its third consecutive annual decline, plagued by chronic oversupply. Mark Thomas, regional president for BP North Sea, said that "given the well-documented challenges of operating in this maturing region and in toughening market conditions, we need to take specific steps to ensure our business remains competitive and robust.

"An inevitable outcome of this will be an impact on headcount and we expect a reduction of around 600 staff and agency contractor roles by the end of 2017, with the majority of these taking place this year," he added.

Oil slumped under $31 per barrel yesterday on global oversupply, prompting OPEC member Nigeria to call for an emergency meeting to address collapsing prices that have ravaged revenues and hurt the profits of energy majors.

BP stressed that it is "committed to the North Sea." The group said it would invest about $2 billion of capital into North Sea projects this year. "This will sustain many hundreds of supply chain contractor jobs going forward," it added.

British production of oil and gas rose in 2015 for the first time in 15 years but may struggle to maintain the performance amid low energy prices. Output is expected to have risen by as much as eight percent last year after a strong first 10 months, industry body Oil and Gas U.K. said last week. BP profits meanwhile collapsed in the third quarter of 2015 as oil prices halved on the back of the stubborn global supply glut. That forced the British energy giant to scale back investment and sell more assets, also after it was ravaged by the catastrophic 2010 Gulf of Mexico oil spill.
RELATED TOPICS