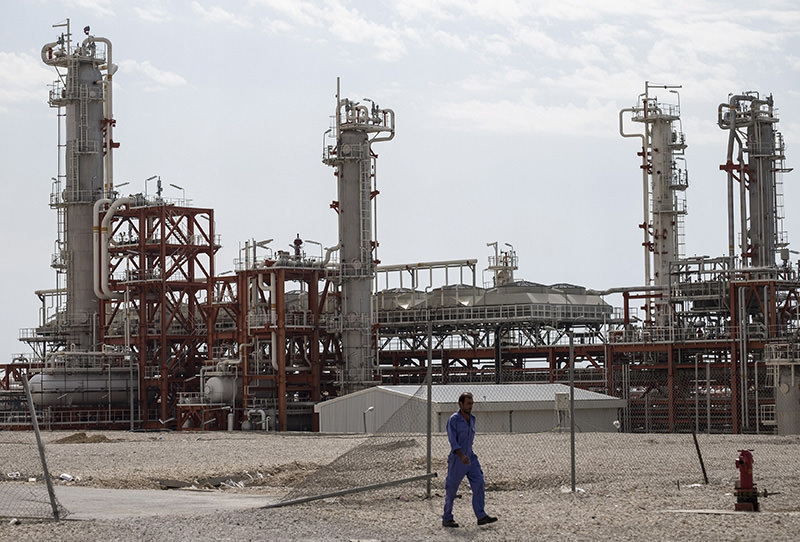 Iranian worker walks at a unit of South Pars Gas field in Asalouyeh Seaport, north of Persian Gulf, Iran (Reuters)
by Daily Sabah Feb 02, 2016 12:00 am
Turkey won an arbitration case against Iran in a gas dispute. Accordingly, it will receive a 10-15 percent discount on gas purchased from Iran between 2011 and 2015.

The minister reportedly said, "Although the court's [the International Court of Arbitration court] ruling is final, the money which Iran should pay out to Turkey has not yet been determined," while estimating the compensation to be around $1 billion.

Turkey currently imports about 10 billion cubic meters of gas per year from Iran (the country's second supplier after Russia) under a 25-year deal that was signed in 1996.

Iran on the other hand, agreed to the discount only if the imported amount of gas was to be higher, which Ankara rejected. The issue was therefore taken to the court.

Accordingly, the court came to a decision, settling the price at a 10-15 percent discounted value in Turkey's favor, according to the Iranian minister's statements.
Last Update: Feb 02, 2016 3:25 pm
RELATED TOPICS