Shell to cut 10,000 jobs amid a steep profits fall 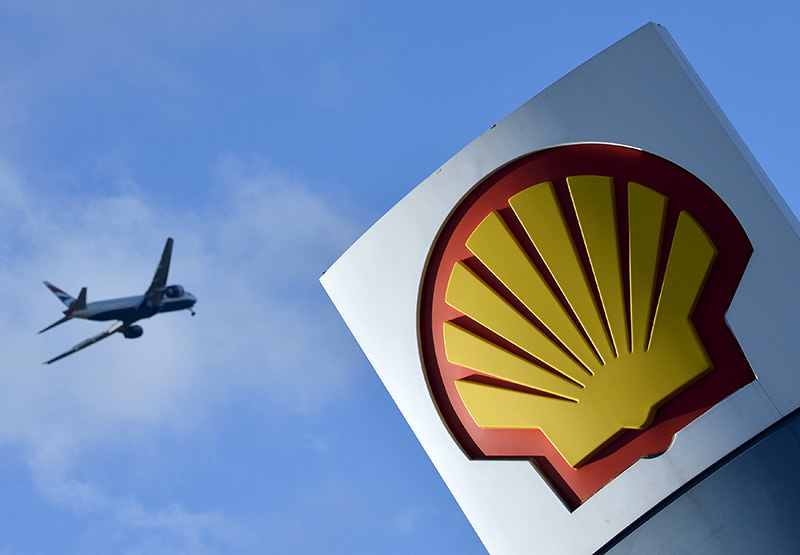 The oil giant is cutting 10,000 jobs amid its steepest fall in annual profits for 13 years. It reported profit after tax of $1.94 billion for 2015, compared with almost $15 billion the previous year

Royal Dutch Shell Thursday announced an 87 percent plunge in annual net profits on slumping oil prices while the oil firm would cut 10,000 jobs, partly thanks to its takeover of smaller British rival BG Group. The Anglo-Dutch group reported profit after-tax profit of $1.94 billion for 2015, compared with almost $15 billion the previous year, Shell said in a statement. The slump had been expected after Shell announced two weeks ago that it foresaw annual profit of between $1.6 billion and $2 billion.

Thursday's update comes as Shell is slashing thousands of jobs, selling assets worth billions of dollars and shutting projects as oil prices tumble on world markets. The company is meanwhile close to finalizing a 47-billion pound ($68 billion) mega-takeover of BG Group after the pair won shareholder backing and cleared regulatory hurdles.

"We are making substantial changes in the company, reorganizing … and reducing costs and capital investment, as we refocus Shell, and respond to lower oil prices," Royal Dutch Shell CEO Ben van Beurden said in Thursday's earnings statement. "As we have previously indicated, this will include a reduction of some 10,000 staff and direct contractor positions in 2015-16 across both companies."

Shell added that profit on a current cost-of-supplies (CCS) basis – which strips out changes to the value of its oil and gas inventories – slumped 53 percent in 2015 to around $10.7 billion.

The BG deal is intended at strengthening Shell's position in the liquefied natural gas (LNG) market. "The completion of the BG transaction, which we are expecting in a matter of weeks, marks the start of a new chapter in Shell, rejuvenating the company and improving shareholder returns," van Beurden said Thursday, echoing recent comments.

World oil prices have shed about three-quarters of their value in around 18 months, mainly owing to a global supply glut but also because of weak demand growth and a strong dollar. The crash in oil prices has been felt sector wide, with Norwegian oil giant Statoil on Thursday saying it was slashing investments and stepping up a cost-cutting program after recording a huge annual loss of its own for 2015.

Oil companies have been downsizing staff and mothballing drilling rigs in response to a drop in oil prices from more than $100 a barrel in July 2014 to about $30 currently. On Tuesday, United States energy giant ExxonMobil announced plans to slash its capital budget and suspend a share repurchase program. The same day, British group BP posted its biggest loss in at least 20 years and announced plans to axe 3,000 jobs.
Last Update: Feb 04, 2016 11:55 am
RELATED TOPICS